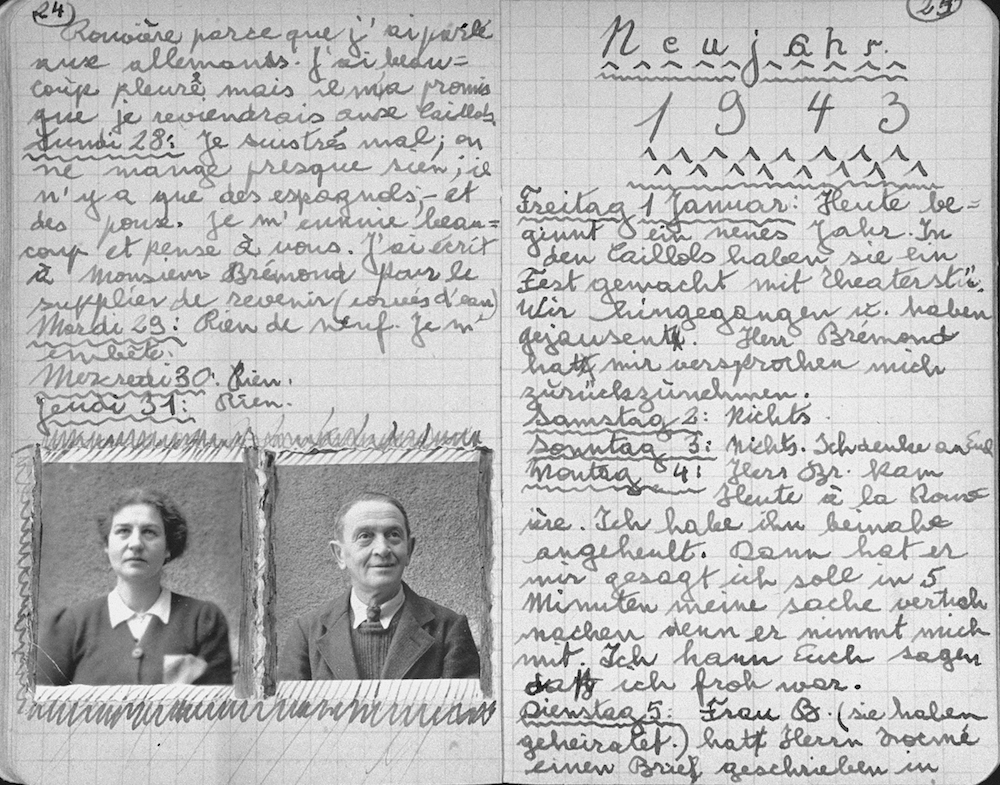 “If my life ends, what will become of my diary?”
–Last entry in the diary of Chaim Kaplan, published as Scroll of Agony

Among the most personal and immediate accounts of life under Nazi tyranny are the many diaries kept by persons of all ages and backgrounds. In these journals, diarists recorded their private reactions to major events and life-changing incidents, such as the deportation of loved ones or acts of resistance in the ghettos. But diaries also capture the seemingly mundane, everyday tasks—gathering food, playing with friends, caring for family members—rendered all the more poignant because they were written in the shadow of Nazi persecution. The diaries often reflect a sense of belonging to the larger community of Jews targeted by the Nazis for ghettoization and, as many diarists came to realize, for extermination. Moreover, many diarists, such as those who recorded their thoughts for the underground Ringelblum Archives (“Oneg Shabbat”) in the Warsaw Ghetto, sensed that they were writing for posterity, recording events around them so that they would not be forgotten. By gathering and publishing these diaries, survivors and their loved ones have ensured that the writers and their stories are remembered long after they are gone.

The following bibliography was compiled to guide readers to published diaries of Holocaust victims and survivors in English as well as works about these diaries that are in the Library’s collection. It is not meant to be exhaustive. Annotations are provided to help the user determine the item’s focus, and call numbers for the Museum’s Library are given in parentheses following each citation. Those unable to visit might be able to find these works in a nearby public library or acquire them through interlibrary loan. Follow the “Find in a library near you” link in each citation and enter your zip code at the Open WorldCat search screen. The results of that search indicate all libraries in your area that own that particular title. Talk to your local librarian for assistance.

To search library catalogs or other electronic search tools for diaries written during the Holocaust, use Library of Congress subject headings of the type [name of individual]–Diaries, e.g. Frank, Anne, 1929-1945–Diaries, to retrieve the most relevant citations.