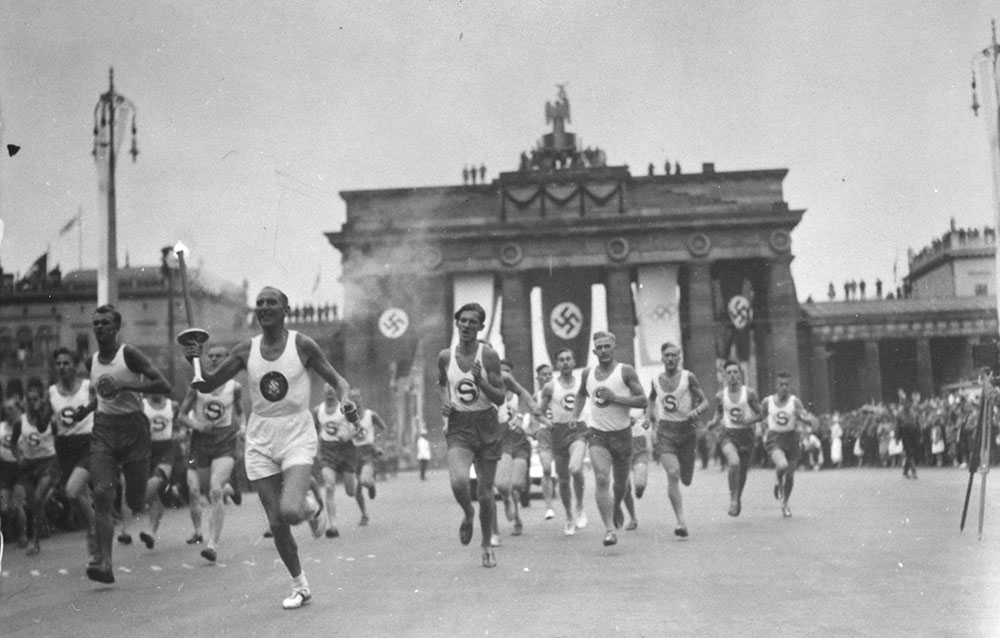 When the International Olympic Committee awarded the 1936 Summer and Winter Olympic Games to Germany in Spring 1931, it could scarcely have realized the political ramifications for the Olympic movement and its ideals of equality and international cooperation that would result from the rise of the Nazi regime in 1933. While the 1936 Games provided the Nazis a chance to boost the international standing of their “new” Reich, it also forced them, under international pressure, to temporarily downplay the various racial policies, repressive actions and anti-Jewish regulations they had enacted.

Hitler and Goebbels considered banning Jews of any nation from competing in the Games, but in the face of an American boycott movement the Nazi regime acquiesced and allowed Jewish athletes from outside Germany to participate, while creating behind-the-scenes obstacles to the participation of German Jewish athletes. At the Winter Olympics in the Bavarian resort town of Garmisch-Partenkirchen, Hitler reluctantly agreed to remove antisemitic signs under pressure from the president of the International Olympic Committee. In Berlin for the Summer Olympics, signs and other manifestations of antisemitism were hidden, but many observers noted the dominant presence of the German military in the organization and administration of the Games.

At the time, American Olympic officials considered the Berlin Olympiad to be “the greatest and most glorious athletic festival ever conducted,” but in retrospect the 1936 Olympics can only be seen as a temporary respite from the Nazi march towards war and the solution of the “Jewish question.”

The following bibliography was compiled to guide readers to selected materials on the 1936 Olympics that are in the Library’s collection. It is not meant to be exhaustive. Annotations are provided to help the user determine the item’s focus, and call numbers for the Museum’s Library are given in parentheses following each citation. Those unable to visit might be able to find these works in a nearby public library or acquire them through interlibrary loan. Follow the “Find in a library near you” link in each citation and enter your zip code at the Open WorldCat search screen. The results of that search indicate all libraries in your area that own that particular title. Talk to your local librarian for assistance.

To search library catalogs or other electronic search tools for materials on the 1936 Olympics, use the following Library of Congress subject headings to retrieve the most relevant citations: