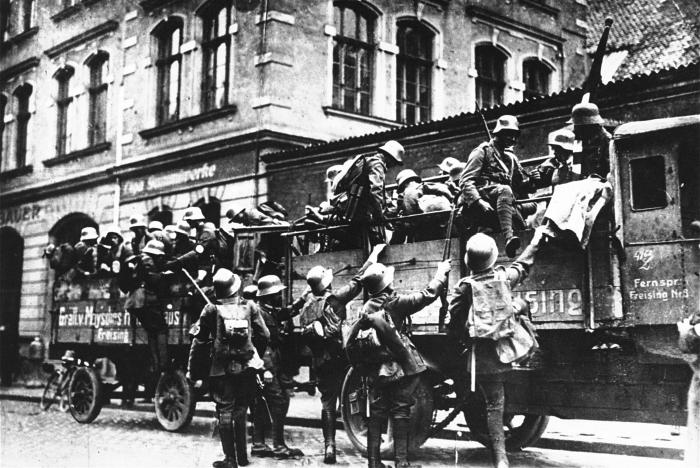 In the Beer Hall Putsch of 1923, Hitler and the Nazi Party attempt to overthrow the Weimar Republic.

On November 8–9, 1923, Adolf Hitler and the Nazi Party led a coalition group in an attempted coup d'état which came to be known as the Beer Hall Putsch. They began at the Bürgerbräu Keller in the Bavarian city of Munich, aiming to seize control of the state government, march on Berlin, and overthrow the German federal government. In its place, they sought to establish a new government to oversee the creation of a unified Greater German Reich where citizenship would be based on race. 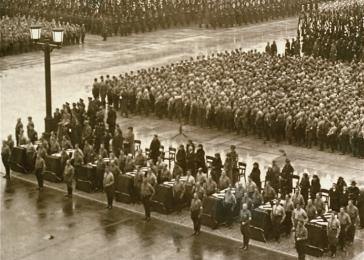