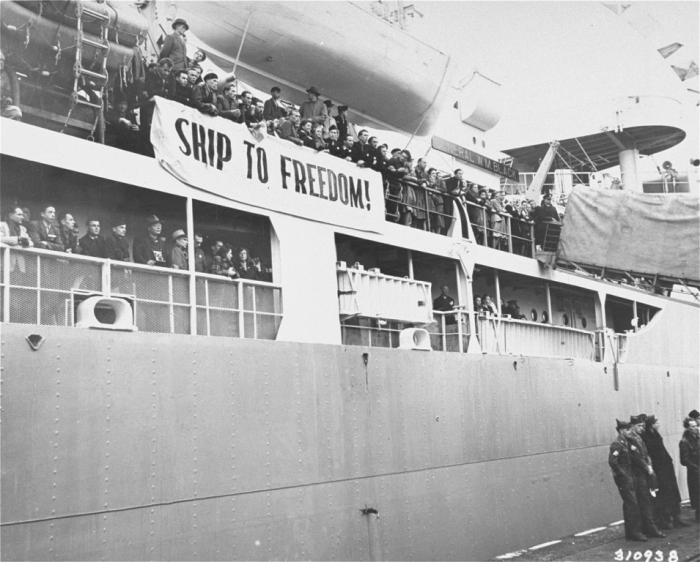 Displaced persons (DPs) line the decks of the General Black as it leaves the port of Bremerhaven. Dubbed the "Ship to Freedom" by its passengers, it brought 813 European DPs from eleven nations to the United States under the provisions of the newly enacted Displaced Persons' Act. These were the first DPs allowed to enter the United States under the new quota. The ship's departure from Bremerhaven was marked by speeches by US military and civilian leaders and by an army band concert. —National Archives and Records Administration, College Park 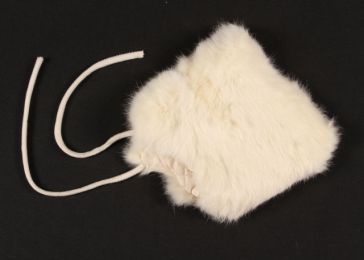 Afur bonnet worn by Alice Robinson in the Zeilsheim displaced persons camp in Germany, where she lived from 1945–1948. Alice (b. 1944), her sister, brother, and parents got passage on the first immigrant transport to depart under the Displaced Persons Act, the General Black, which arrived in the United States on October 30, 1948. —US Holocaust Memorial Museum Collection, gift of Alice Robinson Lev

Previous: Nuremberg Trial Verdicts Next: UN Convention on the Prevention and Punishment of Genocide