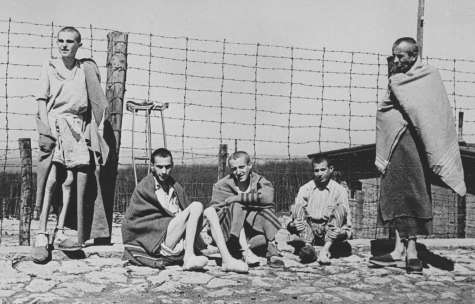 A group of young survivors in Buchenwald. —US Holocaust Memorial Museum, courtesy of Hadassah Bimko Rosensaft

By May 1945, the Germans and their collaborators had murdered six million European Jews as part of a systematic plan of genocide—the Holocaust. When Allied troops entered the concentration camps, they discovered piles of corpses, bones, and human ashes—testimony to Nazi mass murder. Soldiers also found thousands of survivors—Jews and non-Jews—suffering from starvation and disease. For survivors, the prospect of rebuilding their lives was daunting. With few possibilities for emigration, tens of thousands of homeless Holocaust survivors were housed in displaced persons (DP) camps. In the following years, many international and domestic courts conducted trials of accused war criminals.