In early April 1945, as US forces approached, the Germans began to evacuate some 28,000 prisoners from the Buchenwald main camp and an additional several thousand prisoners from the subcamps of Buchenwald. About a third of these prisoners died from exhaustion en route or shortly after arrival, or were shot by the SS. The underground resistance organization in Buchenwald, whose members held key administrative posts in the camp, saved many lives. They obstructed Nazi orders and delayed the evacuation.

On April 11, 1945, in expectation of liberation, prisoners stormed the watchtowers, seizing control of the camp. Later that afternoon, US forces entered Buchenwald. Soldiers from the 6th Armored Division, part of the Third Army, found more than 21,000 people in the camp. 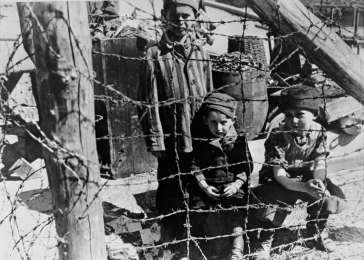