New Directive on Immigrant Visas to the US 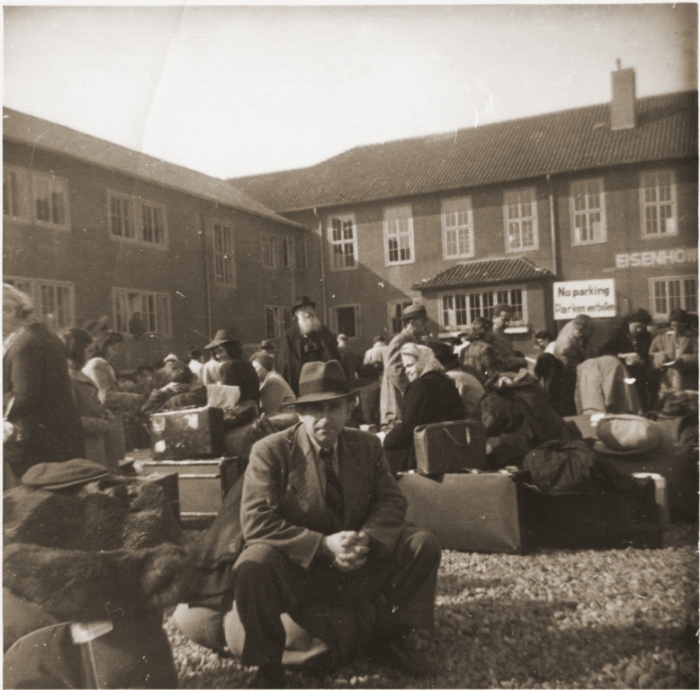 Displaced persons departing Germany for the United States wait with their luggage in the former Von Tirpitz navy yard. In May 1946, the ship Marine Flasher transported 867 European DPs to New York City, the first contingent admitted under President Truman's December 1945 directive expediting the immigration of displaced persons to the US. Bremen, Germany, May 1946. —US Holocaust Memorial Museum, courtesy of Selig Goldberg

US President Truman issues a directive giving preference to displaced persons for immigrant visas under existing US immigration quota restrictions.

Faced with congressional inaction, Truman issued an executive order, the “Truman Directive,” on December 22, 1945. The directive required that existing immigration quotas be designated for displaced persons. While overall immigration into the United States did not increase, more DPs were admitted than before. About 22,950 DPs, of whom two-thirds were Jewish, entered the United States between December 22, 1945, and 1947 under provisions of the Truman Directive.