Liberation of Auschwitz, Poland, 1945. Soviet troops entered the Auschwitz camp in Poland on January 27, 1945. This Soviet military footage shows children who were liberated at Auschwitz by the Soviet army. During the camp's years of operation, many children in Auschwitz were subjected to medical experiments by Nazi physician Josef Mengele. —National Archives - Film

Among the 2,819 liberated Auschwitz inmates, there were 180 children; 52 of them were under 8 years of age. How could they survive this hell? They managed to survive because they were wanted for medical research instead of mice and rabbits. But the German murderers with medical degrees were only keen on a particular kind of children: they wanted to experiment on twins. Twins were a special research material of Doctor Mengele and Doctor Schmidt's. Children who did not belong to that category were simply murdered. The infants were known by the numbers on their little hands.

The Soviet army enters Auschwitz, Birkenau, and Monowitz and liberates around 7,000 prisoners, most of whom are ill and dying.

In mid-January 1945, as Soviet forces approached the Auschwitz concentration camp complex, the SS began evacuating Auschwitz and its subcamps. SS units forced nearly 60,000 prisoners to march west from the Auschwitz camp system. Thousands had been killed in the camps in the days before these death marches began. Auschwitz-Birkenau was the killing center at Auschwitz. Almost all of the deportees who arrived at the camps were sent immediately to death in the gas chambers.  It is estimated that the SS and police deported at a minimum 1.3 million people to Auschwitz complex between 1940 and 1945. Of these, the camp authorities murdered 1.1 million. 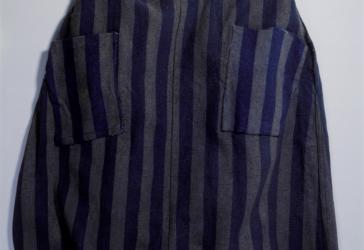