Soviet and US Troops Meet at Torgau 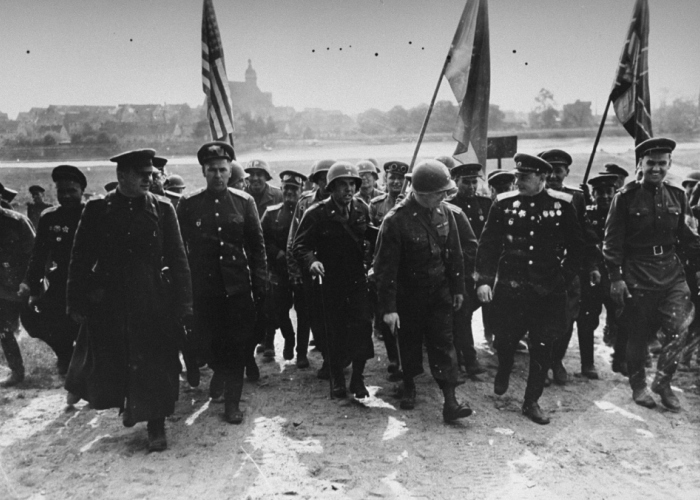 From their bridgehead across the Oder River, Soviet forces launched a massive final offensive toward Berlin in mid-April 1945. The German capital was encircled on April 25. That same day, Soviet forces linked up with their American counterparts attacking from the west at Torgau, on the Elbe River in central Germany. In Berlin itself, heavy fighting took place in the northern and southern suburbs of the city. As Soviet forces neared his command bunker in central Berlin on April 30, 1945, Adolf Hitler committed suicide. Within days, Berlin fell to the Soviets. The German armed forces surrendered unconditionally in the west on May 7 and in the east on May 9, 1945. May 8, 1945, was proclaimed Victory in Europe Day (V-E Day). 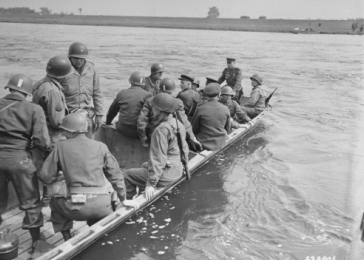 Previous: US Forces Liberate Flossenbürg Next: Page 1 of Letter from US Soldier Aaron Eiferman