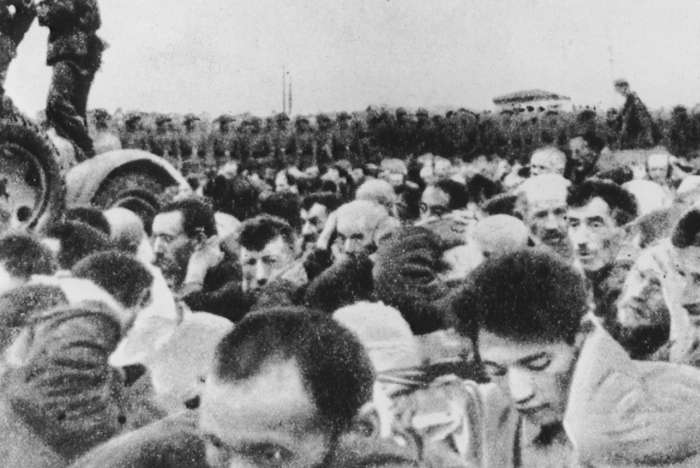 Uprisings at the Treblinka and Sobibor killing centers and the Warsaw, Bialystok, and Vilna ghettos had led to increased concerns about Jewish resistance. To prevent further resistance, SS chief Heinrich Himmler ordered the killing of surviving Jews in the Lublin District of German-occupied Poland.  Most of the remaining Jews were employed in forced-labor projects and were concentrated in the Trawniki (at least 4,000), Poniatowa (at least 11,000), and Majdanek (about 18,000) camps. They were killed on November 3 and 4. At Majdanek, near Lublin, the SS shot them in large prepared ditches outside the camp fence near the crematorium.  Jews from other labor camps in the Lublin area were also taken to Majdanek and shot. Music was played through loudspeakers at both Majdanek and Trawniki to drown out the noise of the mass shootings. Approximately 42,000 Jews were killed during “Operation Harvest Festival,” the largest German-perpetrated massacre of the Holocaust.

Previous: Letter from Elkhanan Elkes Next: Letter to Commandant of Flossenbürg Camp