Liquidation of the Krakow Ghetto 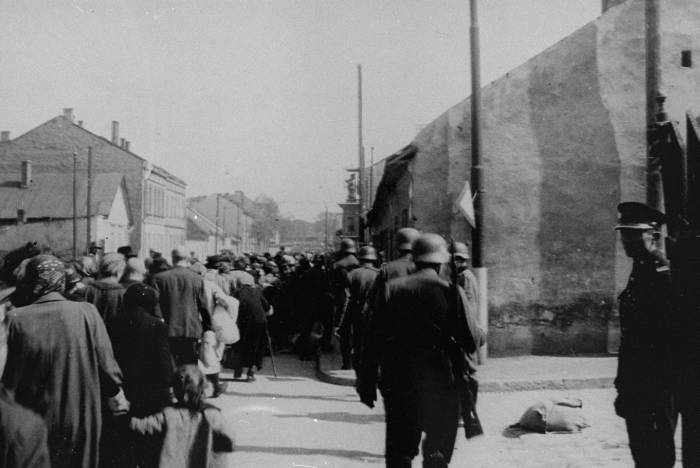 A column of Jews forced to march through the streets of Krakow during the final liquidation of the ghetto. Krakow, Poland, 1943. —Instytut Pamieci Narodowej; US Holocaust Memorial Museum, courtesy of Gumkowski Jerzy Tomaszewski

From March 13–16, 1943, SS and police authorities liquidate the Krakow ghetto.

During the operation the SS kill approximately 2,000 Jews in the ghetto and transfer another 2,000 Jews, the members and families of the Jewish council, and the Krakow ghetto police force to Plaszow. The SS and Police transport approximately 3,000 more Krakow Jews to Auschwitz-Birkenau, where the camp authorities select 499 men and 50 women for forced labor. The rest, approximately 2,450 people, are murdered in the gas chambers. 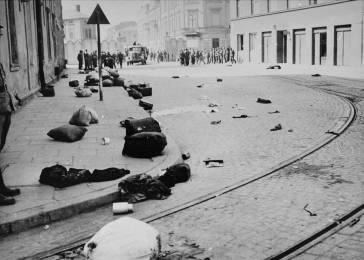 A major street in Krakow, strewn with the bundles of deported Jews, after the liquidation of the ghetto. Krakow, Poland, 1943. —Instytut Pamieci Narodowej; Yad Vashem Photo Archives