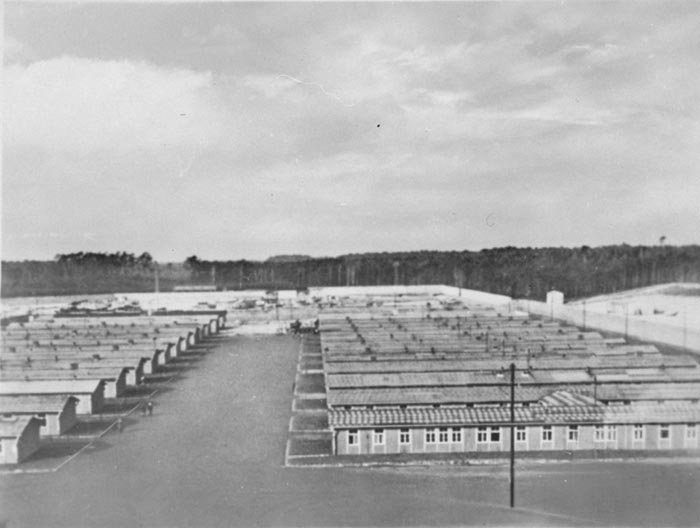 View of the Ravensbrück concentration camp. This photograph is from the SS-Propaganda-Album des Frauen-KZ-Ravensbrueck 1940-1941. —US Holocaust Memorial Museum, courtesy of Lydia Chagoll

In late April, SS guards forced about 20,000 female prisoners, as well as most of the remaining male prisoners, on a brutal and forced evacuation on foot toward northern Mecklenberg. Advancing Soviet forces intersected the route of the march and liberated the prisoners. On April 29 remaining SS guards at the camp fled, and on April 30 the vanguard of the Soviet Army arrived at Ravensbrück; on May 1 its regular units appeared and liberated the last prisoners.