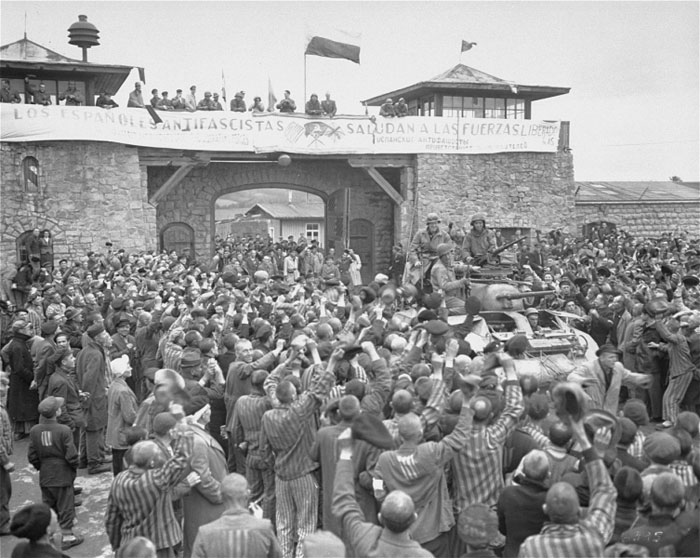 As Allied and Soviet forces advanced into Germany, the SS evacuated concentration camps near the front lines to prevent the liberation of large numbers of prisoners. Prisoners evacuated by train, by truck, and by forced march from Auschwitz, Sachsenhausen, and Gross-Rosen began arriving at Mauthausen in early 1945. As a result, the camp—as well as most subcamps—became lethally overcrowded, with existing dreadful conditions deteriorating still further. Thousands of prisoners died from starvation or disease. Typhus epidemics further reduced the camp's population.

Mauthausen’s gas chamber remained operative until the very last days of the war. The SS murdered nearly 3,000 prisoners from the infirmary after a selection on April 20, 1945. The camp authorities carried out the last mass murder in the gas chamber on April 28, 1945. The victims were 33 Upper Austrian Social Democratic and Communist opponents of the regime.

On May 3, 1945, the SS abandoned the camp to the custody of a guard unit of 50 Viennese firefighters, who remained on the perimeter of the camp. Members of an “International Committee” formed by the prisoners in the last days of April administered the camp as units of the US Army arrived at the camp and secured the surrounding area on May 5. Further units, including the 11th Armored Division of the Third Army, arrived in the succeeding days.