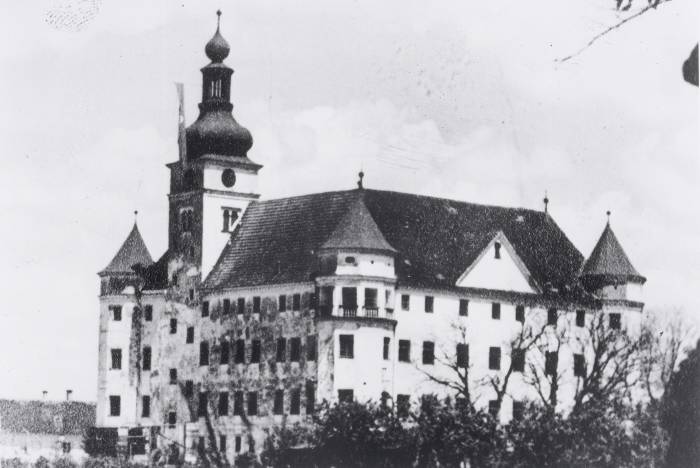 View of Hartheim castle. Located near Linz, Austria, Hartheim castle was one of six hospitals and sanitoria in Germany and Austria in which the Nazi euthanasia program took place. —National Archives and Records Administration

At Hartheim, German authorities carry out the last gassing of inmates.

Under SS guard, Mauthausen prisoners dismantled the killing facility.  Hartheim was one of six gassing installations for adults established as part of the "euthanasia" program.
Between April 1940 and December 1944, the Germans killed approximately  30,000 individuals, the majority of them mentally and physically disabled patients.  Alongside "euthanasia" victims, some 6,000 prisoners from Mauthausen, Gusen, and Dachau were also gassed at the facility.