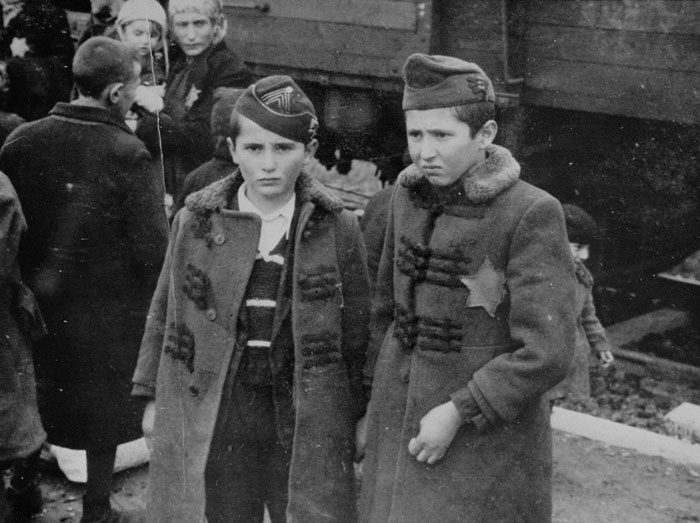 Jewish brothers from Subcarpathian Rus (then part of Hungary) await selection on the ramp at Auschwitz-Birkenau. May 1, 1944. —Yad Vashem (Public Domain)

From May 15 to July 9, 1944, Hungarian gendarmerie officials, under the guidance of German SS officials, deported around 440,000 Jews from Hungary. Most were deported to Auschwitz-Birkenau, where, upon arrival and after selection, SS functionaries killed the majority of them in gas chambers.

Thousands were also sent to the border with Austria to be deployed at digging fortification trenches. By the end of July 1944, the only Jewish community left in Hungary was that of Budapest, the capital. 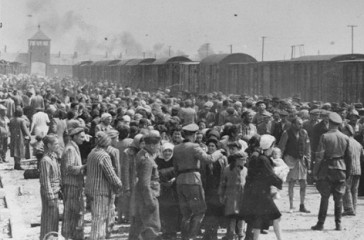 Jews from Subcarpathian Rus (then part of Hungary) undergo a selection on the ramp at Auschwitz-Birkenau. May 1, 1944. —Yad Vashem (Public Domain)