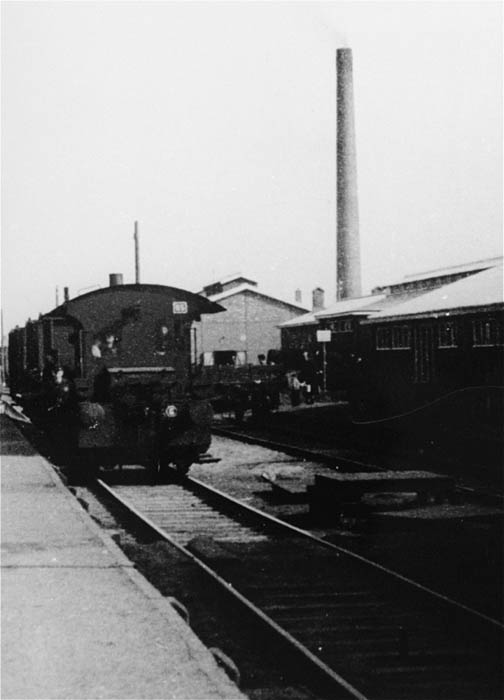 View of the train station in Westerbork. Westerbork was a transit camp for Jews who were being deported from the Netherlands during World War II. 1942–April 1944. —US Holocaust Memorial Museum, courtesy of Trudi Gidan

German authorities begin the deportation of Dutch Jews from the Westerbork, Amersfoort, and Vught camps in the Netherlands to killing centers and concentration camps in Germany and German-occupied Poland. By September 3, 1944, around 100 trains have carried more than 100,000 people to Auschwitz, Sobibor, Theresienstadt, and Bergen-Belsen, including about 60,000 Jews to Auschwitz and about 34,000 Jews to Sobibor.