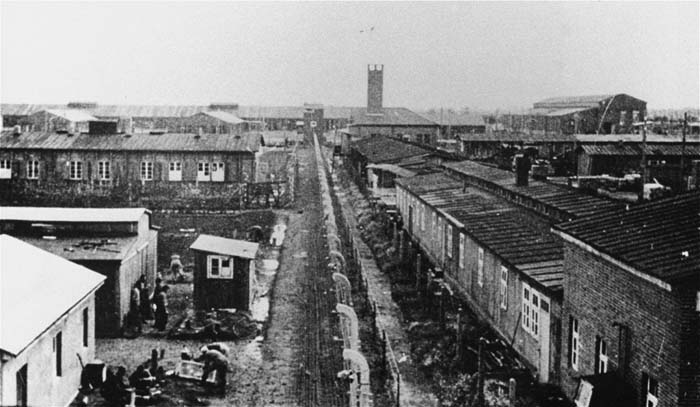 As British troops approached Neuengamme, the SS evacuated some 9,000 prisoners towards Lübeck on the Baltic Sea on April 19, 1945. Some 700 almost exclusively German prisoners remained behind to destroy the internal documents of the camp. Half of them were conscripted into an SS armed unit; the remainder evacuated the camp on April 30, leaving it empty.

British forces arrived on May 4, 1945. In early May 1945, the SS loaded some 9,000-10,000 prisoners—most of them evacuated from Neuengamme and its subcamps—onto three ships anchored in the Baltic Sea off the coast of Neustadt in Schleswig-Holstein. Some 7,000 lost their lives when the British attacked two of the ships in the course of a raid on the harbor on May 3. The Thielbek, carrying about 2,000 prisoners, sank quickly. The Cap Arcona, carrying more than 4,500 prisoners, burned and capsized during the attack. Only about 600 prisoners from both ships survived.