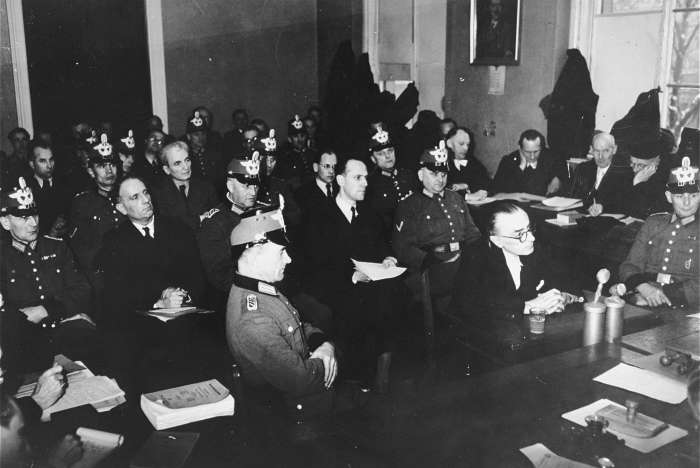 Colonel Claus Schenk von Stauffenberg left a bomb in a briefcase near Hitler during a military briefing on the deteriorating military situation on the eastern front. In addition to disaffected military officers, the plot against Hitler involved traditional right-wing conservative politicians, police officials, and diplomats. They hoped Hitler's violent death would signal a popular anti-Nazi revolt. Hitler, however, survived the blast, and the coup attempt failed.  Roland Freisler, chief justice of the People's Court in Berlin, presided over the trial of those implicated in the plot. Invariably, the defendants were convicted and most were executed at Berlin's Ploetzensee prison. 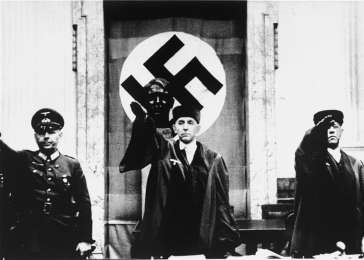