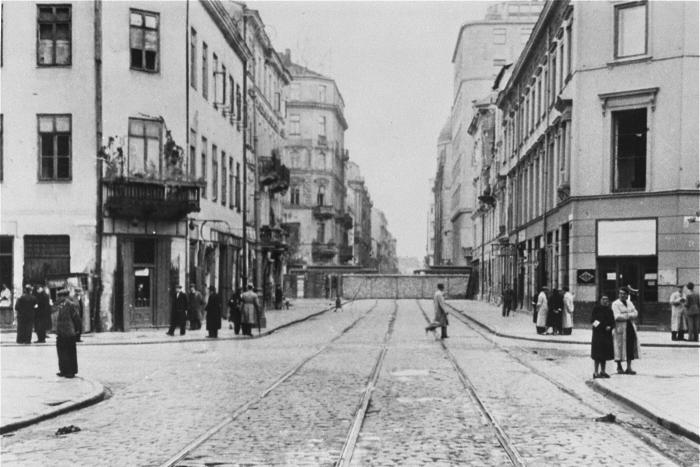 Street scene in the Warsaw ghetto showing a section of the wall blocking a major thoroughfare. —US Holocaust Memorial Museum, courtesy of Dwight D. Eisenhower Library

At times, before the deportations of July 1942 began, the actual population in Warsaw ghetto approached 500,000. 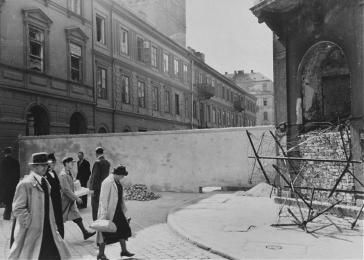 Polish civilians walk by a section of the wall that separated the Warsaw ghetto from the rest of the city. Warsaw, Poland, 1940–41. —Bildarchiv Preussischer Kulturbesitz

Previous: Samuel Soltz’s Visa Next: Explosion of the SS Patria