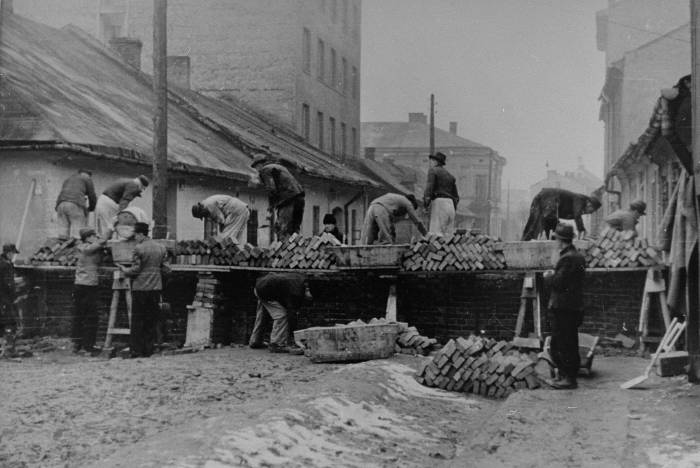 From March 3–20, 1941, German authorities announce, establish, and seal a ghetto in Krakow, Poland. Between 15,000 and 20,000 Jews are forced to live within the ghetto boundaries, which are enclosed by barbed-wire fences and, in places, by a stone wall.

A Jewish resistance movement existed in the Krakow ghetto from the time the ghetto was established in 1941. Its leaders focused underground operations initially on supporting education and welfare organizations.

Previous: Explosion of the SS Patria Next: Operation Barbarossa