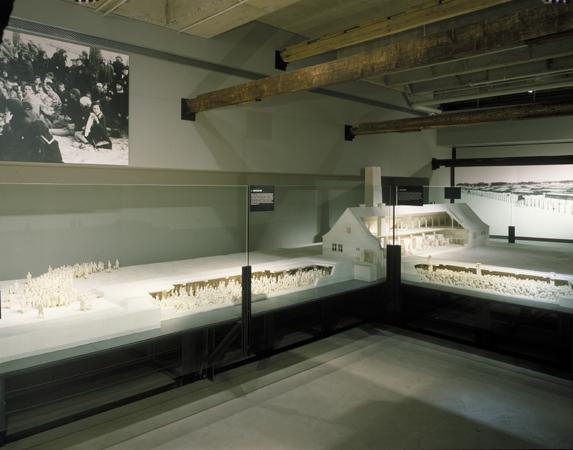 A scale model of crematorium II at Auschwitz-Birkenau on display in the permanent exhibition. The model was sculpted by Mieczyslaw Stobierski based on contemporary documents and the trial testimonies of SS guards. —US Holocaust Memorial Museum

The Auschwitz concentration camp complex was the largest of its kind established by the Nazi regime. It included three main camps, all of which deployed incarcerated prisoners at forced labor. One of them also functioned for an extended period as a killing center. The camps were located approximately 37 miles west of Krakow, near the prewar German-Polish border in Upper Silesia, an area that Nazi Germany annexed in 1939 after invading and conquering Poland. 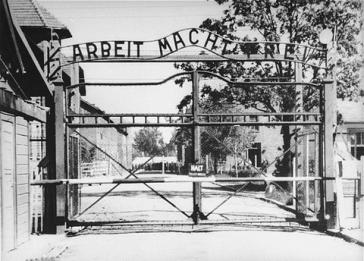 View of the entrance to the main camp of Auschwitz (Auschwitz I). The gate bears the motto "Arbeit Macht Frei" (Work makes one free). —Instytut Pamieci Narodowej