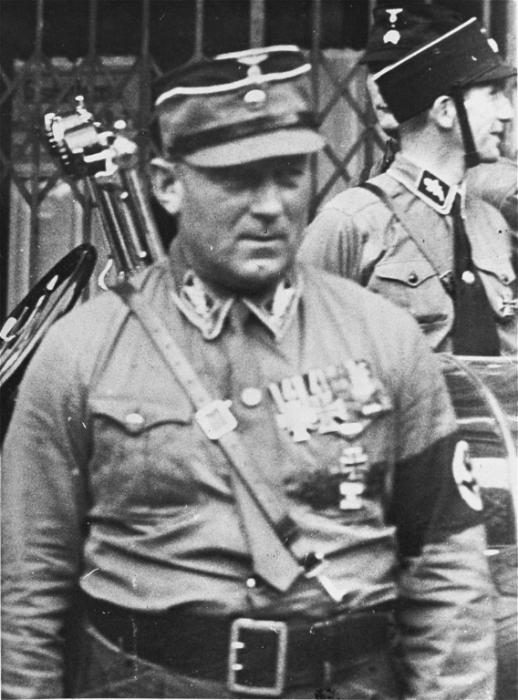 Hitler orders a violent purge of the top leadership of the Nazi Party paramilitary formation, the SA (Sturmabteilungen; Assault Detachments).

Pressured by German army commanders, whose support he would need to become President, Hitler directs the SS to murder SA Chief of Staff Ernst Röhm and his top commanders. The SS also murders several conservative critics of the Nazi regime including Hitler’s predecessor as Chancellor, General Kurt von Schleicher. At Hitler’s request, the German parliament (Reichstag) declares the killings legal after the fact, based on a false accusation that Röhm and his commanders had planned to overthrow the government. The assasinations of June 30–July 2, 1934, later became known as “the Röhm Affair” or the “the Night of the Long Knives.”