Law for the Restoration of the Professional Civil Service 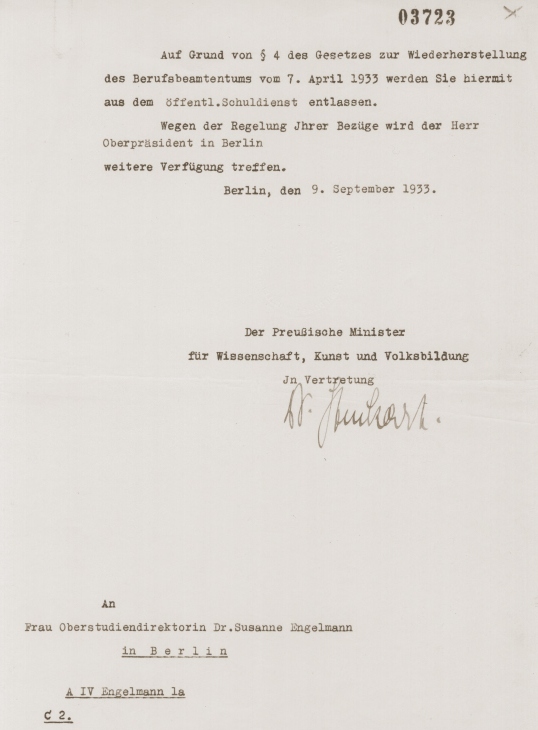 Letter notifying Dr. Susanne Engelmann that she has been dismissed from her teaching position in compliance with the new Civil Service Law of April 7, 1933. —US Holocaust Memorial Museum, courtesy of Peter Engelmann

The German government issues the Law for the Restoration of the Professional Civil Service (Gesetz zur Wiederherstellung des Berufsbeamtentums), which excludes Jews and other political opponents of the Nazis from all civil service positions. The law initially exempts those who had worked in the civil service since August 1, 1914, those who were veterans of World War I, or those with a father or son killed in action in World War I.

The German government also issues a new law concerning membership in the bar, which mandates the disbarment of non-“Aryan” lawyers by September 30, 1933. Exempted from this provision are Jewish lawyers practicing law since August 1, 1914, or Jewish lawyers who are German veterans of World War I.