Hitler Abolishes the Office of President 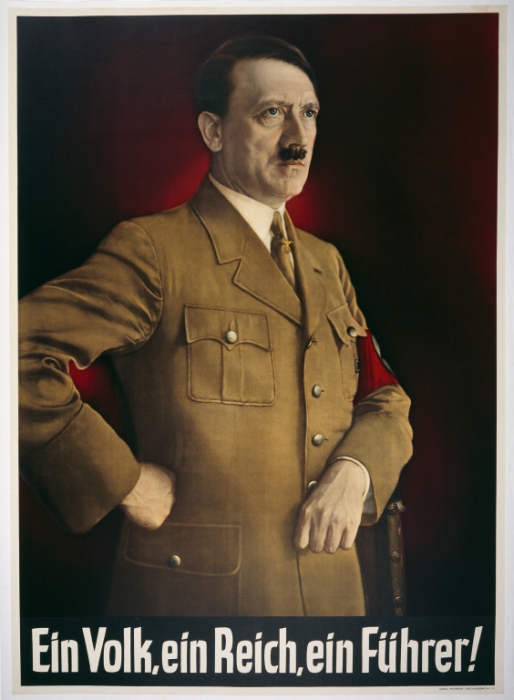 Poster of Hitler standing with the caption “Ein Volk, ein Reich, ein Führer!” (One People, one Empire, one Leader). —US Holocaust Memorial Museum

Hitler abolishes the office of President and declares himself Führer of the German Reich and People, in addition to his position as Chancellor. In this capacity, Hitler’s decisions are not bound by the laws of the state. Hitler now becomes the absolute dictator of Germany; there are no legal or constitutional limits to his authority.