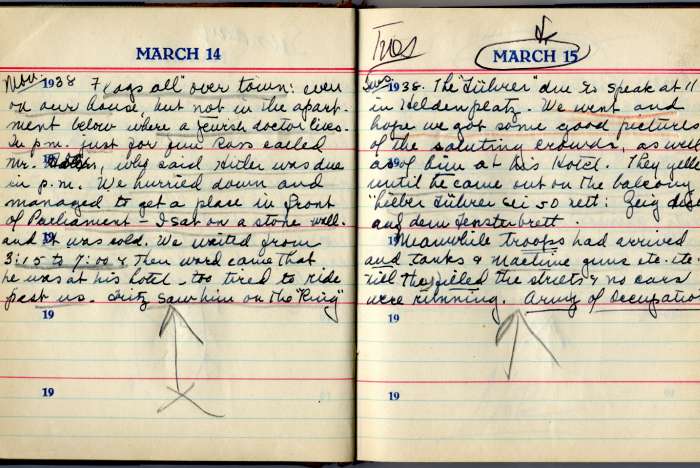 Pages from Helen Baker's diary describing what she witnessed following the German annexation of Austria. —US Holocaust Memorial Museum, courtesy of Stan Baker

Americans living in Vienna when Germany annexed Austria in March 1938, Helen and Ross Baker documented what they saw through letters, a diary, and film. Ross was studying at the University of Vienna. In her diary for March 14, Helen describes what she witnessed as Hitler entered the city.

On March 11–13, German troops invaded Austria and incorporated Austria into the German Reich in what is known as the Anschluss.

Previous: German Annexation of Austria Next: Anti-Jewish Laws in Hungary