Dietrich Bonhoeffer: “The Church and the Jewish Question”

In an April 1933 essay, “The Church and the Jewish Question,” Dietrich Bonhoeffer was the first to address the new problems the church faced under the Nazi dictatorship. Despite some astonishing insights, this early essay poses many problems for contemporary readers. Although he called upon the church to defend the victims of state persecution, his defense of the Jews was marked by Christian supersessionism—the Christian belief that Christianity had superseded Judaism, in history and in the eyes of God. “The history of the suffering of this people, loved and punished by God, stands under the sign of the final homecoming of the people of Israel to its God,” wrote Bonhoeffer. “And this homecoming happens in the conversion of Israel to Christ.” 2

But Bonhoeffer also realized that Nazism posed a very different challenge for the churches, and it was here that he broke new ground. The church was not just being called to clarify its attitudes toward Judaism and the people of Israel, he noted. The real question was how the church would judge and respond to the Nazi state’s actions against the Jews. 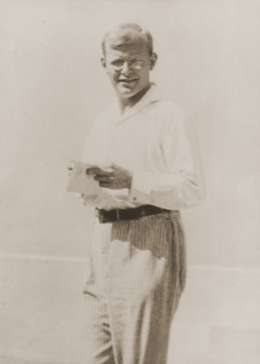 On this point, Bonhoeffer was explicit about the church’s obligations to fight political injustice. The church, he wrote, must fight evil in three stages: The first was to question state injustice and call the state to responsibility; the second was to help the victims of injustice, whether they were church members or not. Ultimately, however, the church might find itself called “not only to help the victims who have fallen under the wheel, but to fall into the spokes of the wheel itself” in order to halt the machinery of injustice.

The essay revealed the two levels that would shape Bonhoeffer’s thought and action throughout the Third Reich. On the one level, he saw that the totalitarian doctrine of Nazism demanded a political response from the churches. Completed in the days following the April 1, 1933, boycott of Jewish businesses, "The Church and the Jewish Question" was an explicit ethical commitment to all those persecuted by Nazism. During the same week, he and his brother Klaus met with American theologian Paul Lehmann and drafted a message to US Jewish leader Rabbi Stephen Wise. 3 Bonhoeffer clearly viewed the measures against the Jews as a civil liberties issue (some scholars believe that he was influenced here by his close friendship at Union Seminary with an African American colleague, Frank Fisher, and his direct observation of Fisher’s experiences under racism.)

On a theological level, however, Bonhoeffer still believed that the “Jewish question” would be resolved ultimately through the conversion of the Jews. He never explicitly abandoned this view, which was widespread throughout the Christian church—even in the ecumenical circles that became most active in helping the Jewish refugees of Nazism.

By the fall of 1933, the Deutsche Christen had gained control of many Protestant church governments throughout Germany. Their policy of excluding those with “Jewish blood” from the ministry was approved, in September 1933, by the national church synod at Wittenberg. The next day, Bonhoeffer sent a telegram to an ecumenical organization in Switzerland: “Aryan paragraph now in effect, please work out memorandum against this and inform press at once.” 4

Bonhoeffer had realized immediately the importance of informing the international Christian community about what was occurring within Nazi Germany. Within the German Evangelical Church, a power struggle began over which faction would represent the church internationally. Bonhoeffer began to send regular messages to his ecumenical friends, who—not least because of their respect for Bonhoeffer—refused to accept the official church’s version of events in Germany.