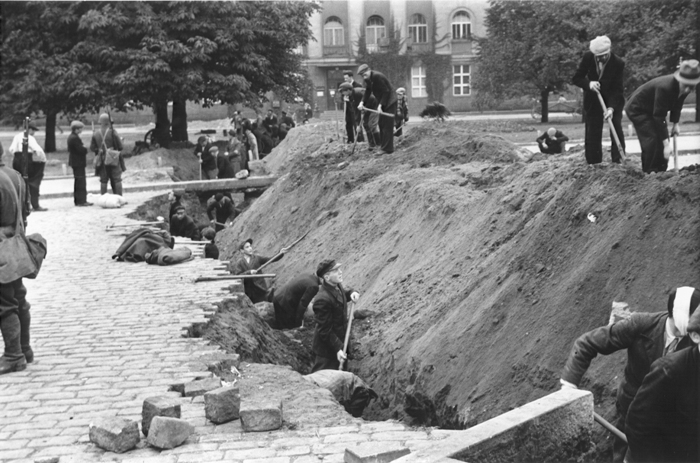 Residents of Warsaw dug ditches to slow the advance of German tanks in September 1939. —US Holocaust Memorial Museum, courtesy of Julien Bryan Archive

American photographer and filmmaker Julien Bryan documented the bombardment of Warsaw and the effect of the extended siege on the city’s inhabitants. Smuggling his photos and films out with him, Bryan left Poland in late September during a brief truce that was negotiated to allow citizens of neutral countries to evacuate.