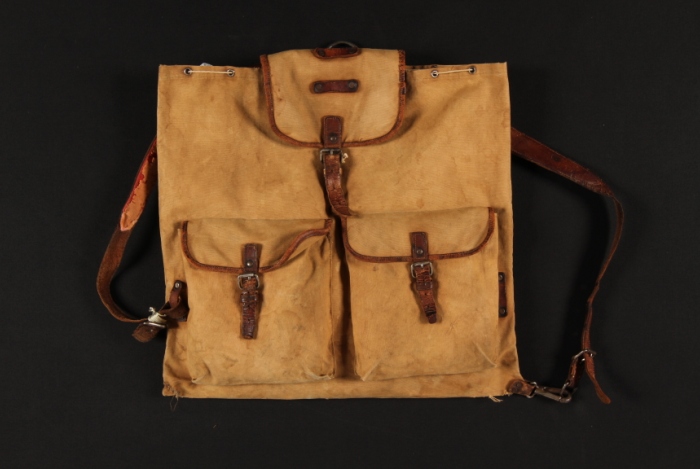 In October 1939, Rys Berkowicz used this knapsack to carry her belongings as she left Warsaw. —US Holocaust Memorial Museum, gift of Ruth Berkowicz Segal

German soldiers allowed Rys to keep the bag, but they stole its contents when she crossed the border. She made her way to Lithuania. After the Japanese diplomat Chiune Sugihara granted her a visa, she escaped via the Trans-Siberian Railroad and found refuge in Kobe, Japan. Rys spent the war years in New Zealand studying nursing then serving as a nurse. She went to the United States after the war.