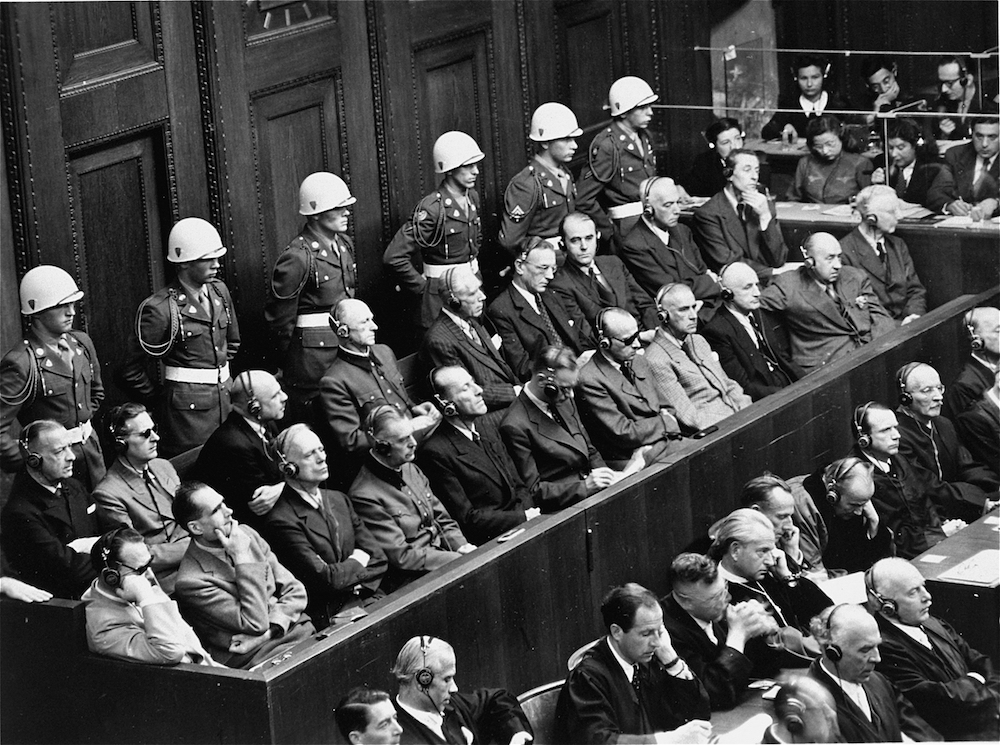 The defendants in the dock at the International Military Tribunal at Nuremberg. ——US Holocaust Memorial Museum, courtesy of John W. Mosenthal

On October 18, 1945, twenty-two of Nazi Germany’s political, military, and economic leaders were brought to trial in Nuremberg for crimes against peace, war crimes, and crimes against humanity. For the first time in history an international tribunal composed of the Allied countries and representatives of Nazi-occupied countries would punish the leaders of a regime and an army who were responsible for crimes committed.

The International Military Tribunal (IMT) delivered its judgment against the Nazi leaders on September 30 and October 1, 1946. Twelve of the defendants were sentenced to death, three to life imprisonment, four to imprisonment ranging from 10 to 20 years, and three were acquitted.

Once the IMT established the criminality of aggressive war, war crimes, and crimes against humanity, subsequent trials could determine the guilt of other Nazi officials and military leaders accused of those crimes. In these cases, later known as Subsequent Nuremberg Proceedings, defendants represented many segments of German society, from jurists and politicians to physicians, businessmen, collaborators and army officers.

The following bibliography was compiled to guide readers to materials on the Nuremberg Trial, or International Military Tribunal, held between October 18, 1945 and October 1, 1946, that are in the Library’s collection. It is not meant to be exhaustive. Annotations are provided to help the user determine the item’s focus, and call numbers for the Museum’s Library are given in parentheses following each citation. Those unable to visit might be able to find these works in a nearby public library or acquire them through interlibrary loan. Follow the “Find in a library near you” link in each citation and enter your zip code at the Open WorldCat search screen. The results of that search indicate all libraries in your area that own that particular title. Talk to your local librarian for assistance.

To search library catalogs or other electronic search tools for materials on the Nuremberg trials or related topics, use the following Library of Congress subject headings to retrieve the most relevant citations. Ask a librarian for assistance in using subject headings to help with your research.