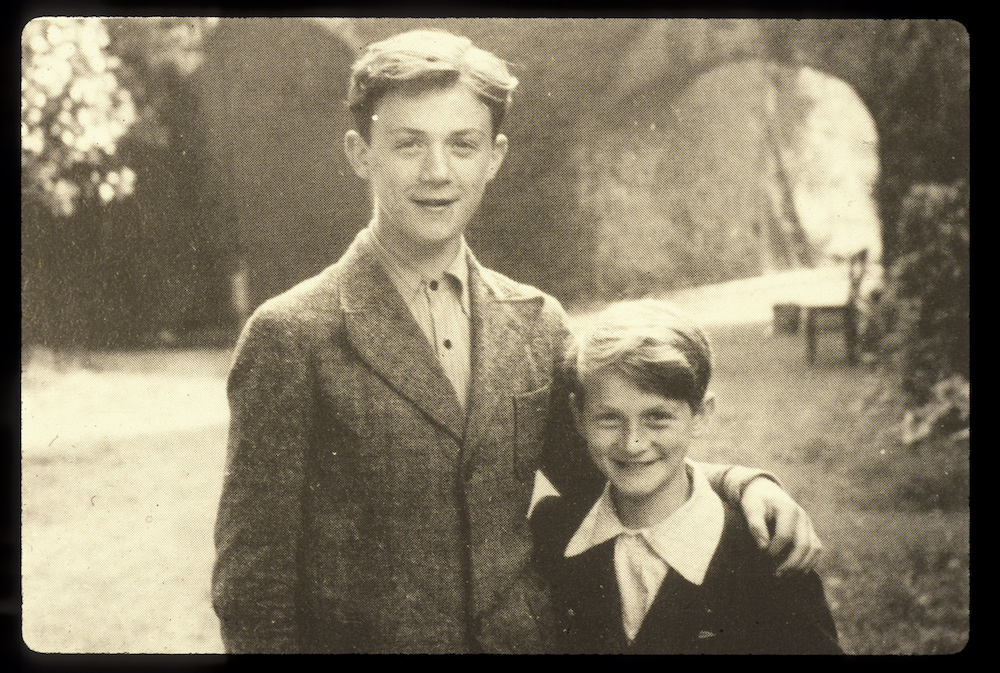 In the fall of 1943, Refik Veseli, a sixteen-year-old Albanian photography student, received permission from his parents to hide Mosa Mandil and his family, Jewish refugees from Yugoslavia, in the Veseli home in the mountain village of Kruja. There, from November 1943 until the liberation of Albania in October 1944, the Mandils received shelter and avoided deportation. During this time, the Mandil children lived openly as Muslim villagers while their parents remained hidden in a room in a barn. With the war’s end, the Mandils left Kruja and re-opened their photo studio in Novi Sad, Yugoslavia. Refik Veseli followed the family to Novi Sad where he completed his professional photography training, living with them until their emigration to Israel in 1948.

In 1953 the state of Israel established Yad Vashem, the Holocaust Martyrs’ and Heroes’ Remembrance Authority, in order to document and record the history of the Jewish people during the Holocaust as well as to acknowledge the countless non-Jewish individuals who risked their lives to save Jews. Yad Vashem began to award the title “Righteous Among the Nations” in 1963, and since that time, over 22,000 rescuers from 44 countries have been acknowledged for their efforts. In acknowledgement of his risk and protection of the Mandil family, Refik Veseli was recognized as one of the Righteous in 1990.

The following bibliography was compiled to guide readers to materials on rescuers that are in the Library’s collection. It is not meant to be exhaustive. Annotations are provided to help the user determine the item’s focus, and call numbers for the Museum’s Library are given in parentheses following each citation. Those unable to visit might be able to find these works in a nearby public library or acquire them through interlibrary loan. Follow the “Find in a library near you” link in each citation and enter your zip code at the Open WorldCat search screen. The results of that search indicate all libraries in your area that own that particular title. Talk to your local librarian for assistance.

Encyclopedia of the Righteous

Ask at the reference desk to see the following subject files for newspaper and periodical articles.

To search library catalogs or other electronic search tools for materials on rescuers during the Holocaust, use the following Library of Congress subject headings to retrieve the most relevant citations: