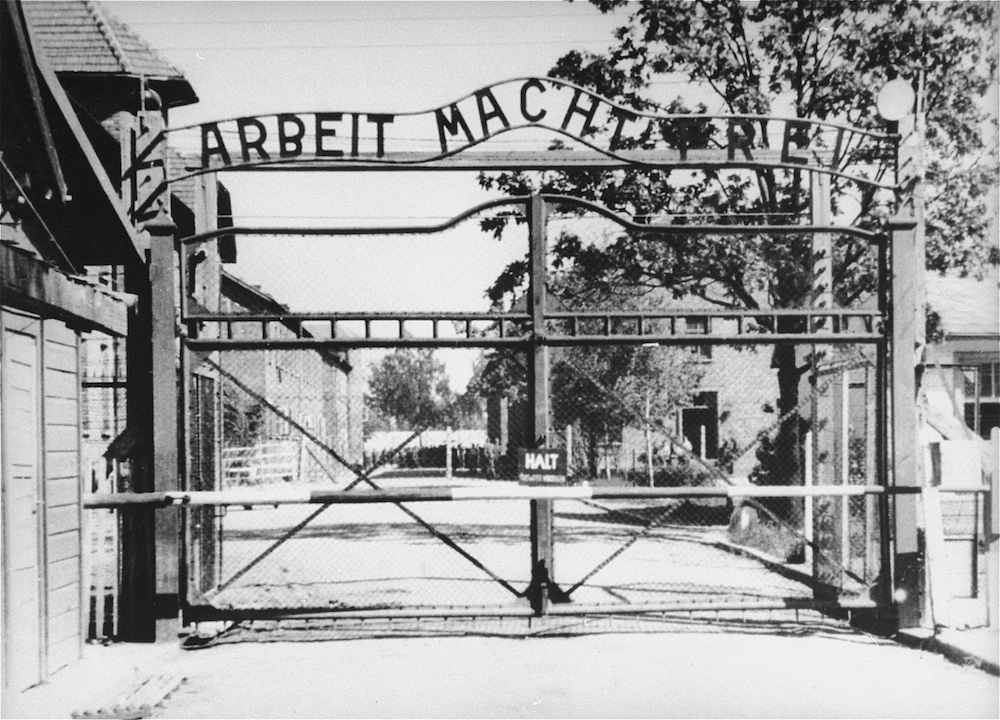 The entrance to the main camp at Auschwitz, bearing the motto “Arbeit Macht Frei.” ——US Holocaust Memorial Museum, courtesy of Instytut Pamieci Narodowej

Every detail of daily life was strictly controlled and regulated under National Socialism. This control by the state extended to the German language, both in the colloquial and the official context. Certain words such as Volk (“the people”) and Fanatismus (“fanaticism”) became synonymous with the official party line of the Third Reich. Other terms were created as euphemisms to hide acts of terror. For example, in the language of the Nazis, Sonderbehandlung (“special treatment”) meant execution, and the term Endlösung (“final solution”) referred to the systematic extermination and mass murder of the Jewish peoples.

The following bibliography was compiled to guide readers to materials on Nazi terminology and the use of the German language during the Third Reich that are in the Library’s collection. It is not meant to be exhaustive. Annotations are provided to help the user determine the item’s focus, and call numbers for the Museum’s Library are given in parentheses following each citation. Those unable to visit might be able to find these works in a nearby public library or acquire them through interlibrary loan. Follow the “Find in a library near you” link in each citation and enter your zip code at the Open WorldCat search screen. The results of that search indicate all libraries in your area that own that particular title. Talk to your local librarian for assistance.

To search library catalogs or other electronic search tools for materials on Nazi terminology and language, use the following Library of Congress subject headings to retrieve the most relevant citations: