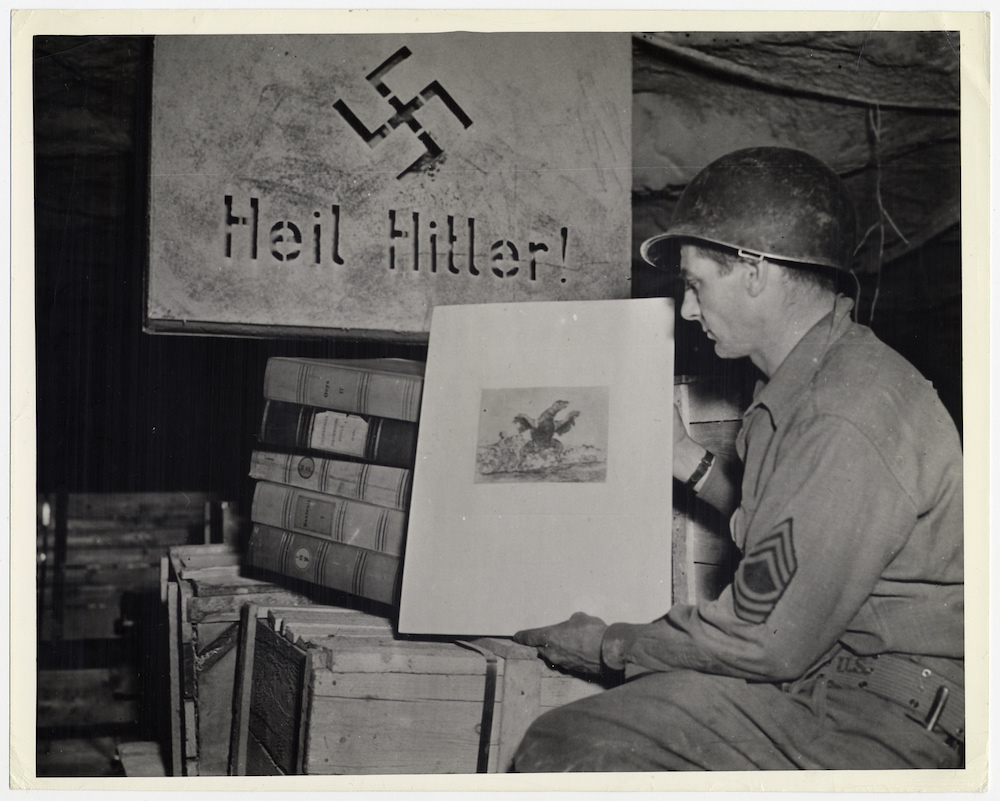 During the Second World War, Adolf Hitler mandated that other nations’ cultural property be obtained, often forcibly, for the greater good of the state. The Nazis targeted private Jewish collections, public museums and organizations deemed to be at odds with Nazi ideology, such as Freemasons. Their goals were both financial and cultural. Hitler wanted to enrich the Third Reich and its leaders with exquisite and culturally significant treasures, sell looted art that did not reflect the Reich’s ideals for foreign currency, and create the Führermuseum, envisioned as the cultural center of the world, in his hometown of Linz, Austria.

The plunder and looting of art and other treasures was not limited to the Third Reich, however. The Soviet and American armies also participated, the former more thoroughly and systematically, the latter at the level of individuals stealing for personal gain. Other Axis countries also looted private Jewish collections.

The Washington Conference of Holocaust Era Assets (1998), followed by the Terezin Declaration (2009) renewed efforts to restitute cultural goods to their rightful owners. As a result various national organizations were created and numerous laws passed. Information about looted art has increasingly moved online, including databases of individual works still missing or items with unknown provenance.

The following bibliography was compiled to guide readers to materials on looted art that are in the Library’s collection. It is not meant to be exhaustive. Annotations are provided to help the user determine the item’s focus, and call numbers for the Museum’s Library are given in parentheses following each citation. Those unable to visit might be able to find these works in a nearby public library or acquire them through interlibrary loan. Follow the “Find in a library near you” link in each citation and enter your zip code at the Open WorldCat search screen. The results of that search indicate all libraries in your area that own that particular title. Talk to your local librarian for assistance.

To search library catalogs or other electronic search tools for materials on looted art, use the following Library of Congress subject headings to retrieve the most relevant citations: