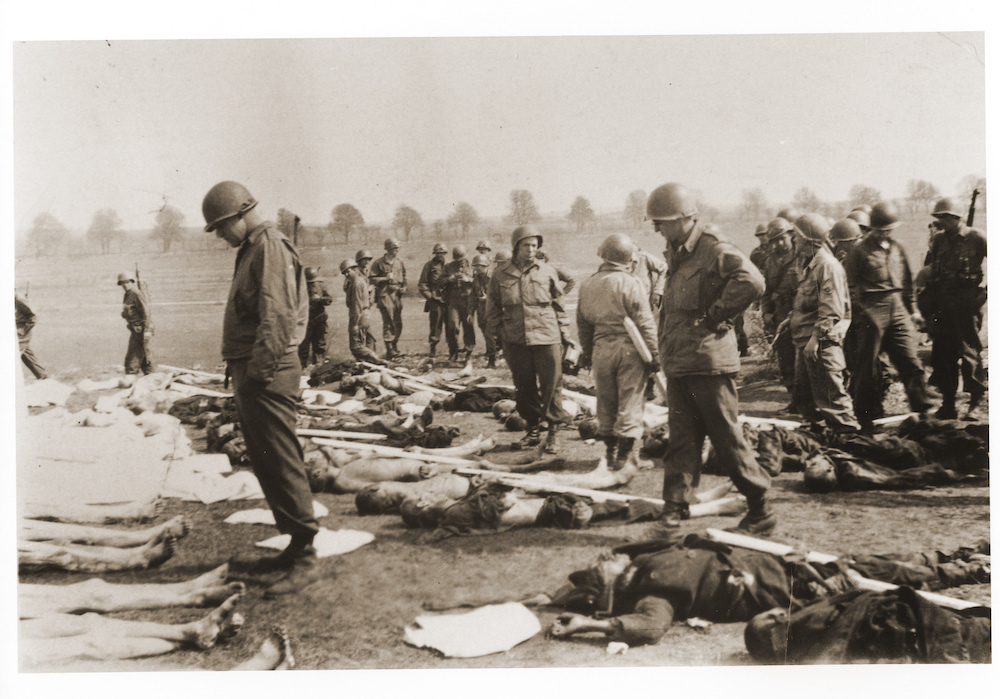 The things I saw beggar description... The visual evidence and the verbal testimony of starvation, cruelty and bestiality were...overpowering... I made the visit deliberately in order to be in a position to give first-hand evidence of these things if ever, in the future, there develops a tendency to charge these allegations merely to ‘propaganda.’

As the Allies advanced across Europe, they encountered and then liberated Nazi concentration camps and the inmates they found there. Despite the efforts by the Germans to hide or destroy evidence of mass murder, many camps remained intact and still held significant prisoner populations. After Soviet troops liberated Majdanek in July 1944, they proceeded to liberate camps throughout Eastern Europe, including Auschwitz in January 1945. Coming from the west, United States forces liberated Buchenwald and Dachau in April 1945 and the British liberated Bergen-Belsen that same month.

The liberating units encountered deplorable conditions in the camps, where malnutrition and disease were rampant, and corpses lay unburied. The soldiers reacted in shock and disbelief to the evidence of Nazi atrocities. In addition to burying the dead, the Allied forces attempted to help and comfort the survivors with food, clothing and medical assistance. Though official reports were prepared at the time of liberation, individual soldiers often did not record their impressions of the camps until many years later. These accounts, recorded in the form of official unit histories, personal statements, and oral testimonies, provide an important resource in the study and understanding of the Holocaust.

The following bibliography was compiled to guide readers to materials on Allied liberating forces in the Library’s collection. It is not meant to be exhaustive. Annotations are provided to help the user determine the item’s focus, and call numbers for the Museum’s Library are given in parentheses following each citation. Those unable to visit might be able to find these works in a nearby public library or acquire them through interlibrary loan. Follow the “Find in a library near you” link in each citation and enter your zip code at the Open WorldCat search screen. The results of that search indicate all libraries in your area that own that particular title. Talk to your local librarian for assistance.

To search library catalogs or other electronic search tools for materials on the liberation of concentration camps, use the following Library of Congress subject heading to retrieve the most relevant citations: