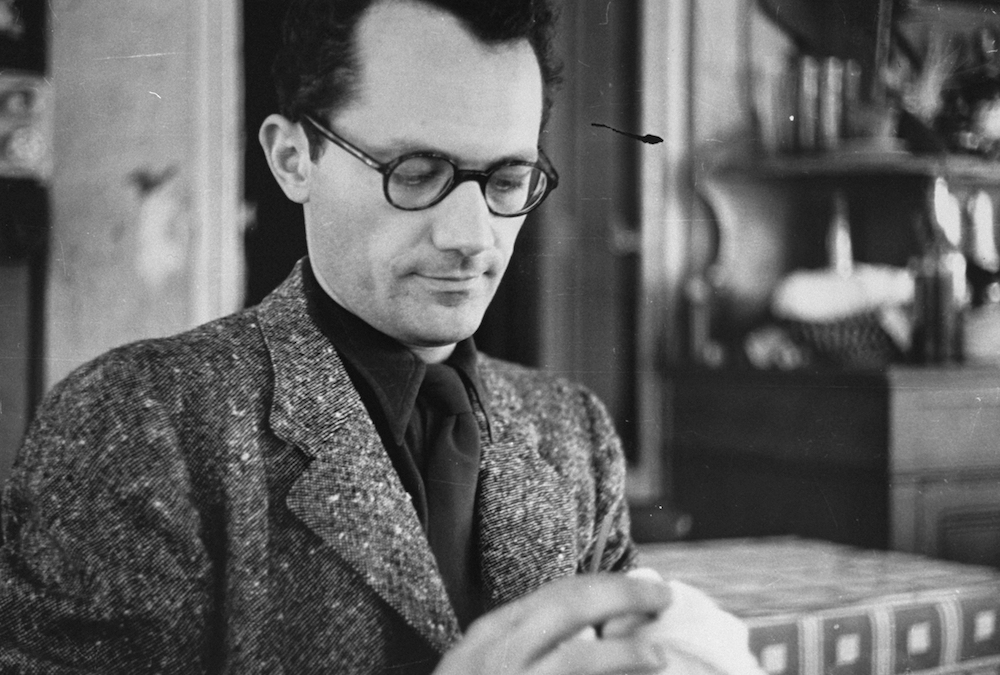 Varian Fry (1907-1967) led rescue efforts in wartime France that enabled approximately 2,000 anti-Nazi and Jewish refugees to flee Nazi-dominated Europe. In recognition of his efforts, Yad Vashem, the Israeli Holocaust remembrance authority, honored Fry as a “Righteous Among the Nations,” making him the first American to have received that distinction.

Fry’s concern for refugees arose from his shock at witnessing Nazi violence against Jews on a 1935 trip to Berlin and from his later involvement with the Emergency Rescue Committee (ERC), a New York-based organization of political activists who gathered after Germany’s defeat of France in 1940 to promote the emigration of refugee intellectuals. In August 1940, under the auspices of the ERC, Fry traveled to Marseille with $3,000 and a short list of refugees under imminent threat of arrest by the police or agents of the Gestapo. Once there, Fry found clamoring at his door a tumultuous horde of anti-Nazi writers, avant-garde artists and German socialists. All were desperately seeking any chance to escape France.

The situation forced Fry to look for assistance and in time he gathered around himself a small group of like-minded Americans, refugees with diplomatic or underworld connections, and those French citizens who were sympathetic to the refugees’ plight. Fry and his compatriots arranged escapes from French internment camps, forged passports, and orchestrated illegal border crossings, among other dangerous activities. Eventually, Fry and his compatriots provided financial or travel assistance to approximately 4,000 refugees and enabled almost half of them to escape, all on limited resources and without the approval of the United States consulate in Marseille.

Fry’s activities put him in conflict with the Vichy police, who put him under surveillance and eventually expelled him from France in September 1941. Fry returned home to New York to a less than warm reception from both the State Department, whose policies he had flouted, and surprisingly from the Emergency Rescue Committee itself, which disapproved of his extralegal methods. What recognition Fry has received has been for the most part posthumous, though the French government did honor him with the Croix de Chevalier de la Legion d’Honneur for his rescue activities, just prior to his untimely death in 1967.

The following bibliography was compiled to guide readers to selected materials on Varian Fry that are in the Library’s collection. It is not meant to be exhaustive. Annotations are provided to help the user determine the item’s focus, and call numbers for the Museum’s Library are given in parentheses following each citation. Those unable to visit might be able to find these works in a nearby public library or acquire them through interlibrary loan. Follow the "Find in a library near you" link in each citation and enter your zip code at the Open WorldCat search screen. The results of that search indicate all libraries in your area that own that particular title. Talk to your local librarian for assistance.

His Life and Rescue Activities

To search library catalogs or other electronic search tools for materials about Varian Fry and refugees in France use the following Library of Congress subject headings to retrieve the most relevant citations: