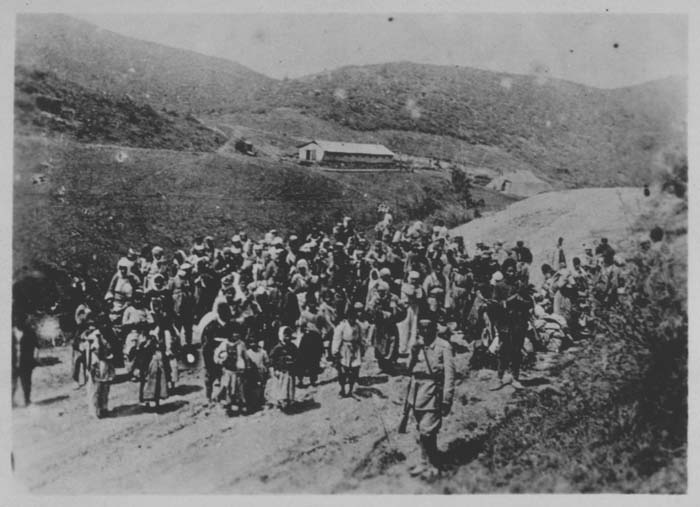 In anticipation of threatened Allied landings at the strategically important Gallipoli peninsula, Ottoman authorities arrest 240 Armenian leaders in Constantinople (today: Istanbul) on April 24, 1915, and deport them to Asia Minor. This roundup is commemorated today by Armenians as the beginning of the genocide.

The Ottomans claimed that Armenian revolutionaries had established contact with the enemy and were preparing to facilitate a Franco-British landing, from where the Entente forces would march on Constantinople. When challenged by the Entente Powers, the then neutral United States, and even by their own allies Germany and Austria-Hungary, Ottoman officials justified the deportations as a precautionary measure that was essential to the defense of the Empire. Mass atrocities and genocide are almost always perpetrated within the context of armed conflict. The destruction of the Armenians was closely linked to the events of World War I in the Near East and the Russian Caucasus.

Previous: Assassination of Archduke Franz Ferdinand Next: Battle of the Somme