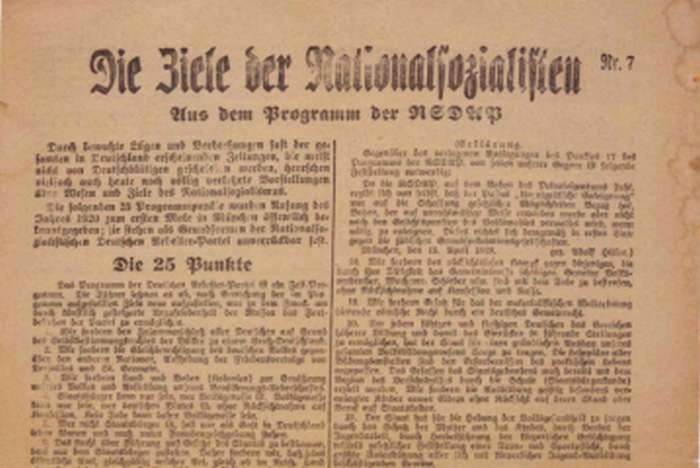 In February 1920, Hitler presents a 25-point Program (the Nazi Party Platform) to a Nazi Party meeting.

In the 25-point program, Nazi Party members publicly declared their intention to segregate Jews from "Aryan" society and to abrogate Jews' political, legal, and civil rights. Point 4 of the program, for example, stated that "Only a national comrade can be a citizen. Only someone of German blood, regardless of faith, can be a citizen. Therefore, no Jew can be a citizen." The 25 points remained the party's official statement of goals, though in later years many points were ignored.