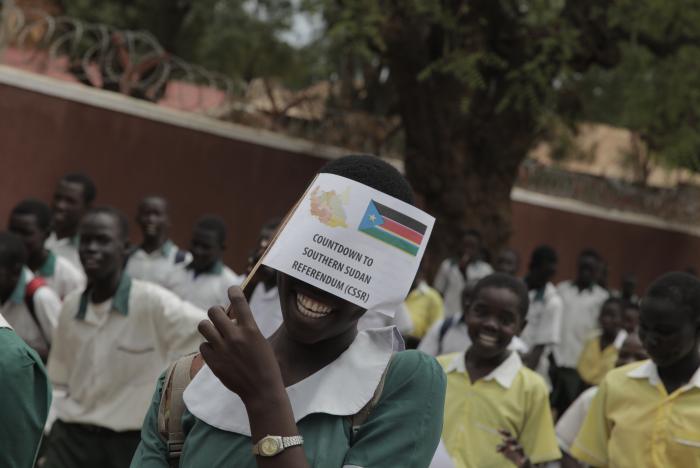 Schoolchildren wait in anticipation for the arrival of the US Ambassador to the United Nations and members of the UN Security Council, who have traveled to South Sudan to underscore their support for the January referendum on the region’s independence. October 9, 2010 —Lucian Perkins, US Holocaust Memorial Museum

On July 9, 2011, the Republic of South Sudan declared its independence from Sudan. In 2005, the north and south signed the Comprehensive Peace Agreement, ending the Second Sudanese Civil War. After an interim period, the south was guaranteed the right to vote in a referendum on independence. This vote was carried out on January 9, 2011, resulting in a resounding endorsement for separation.