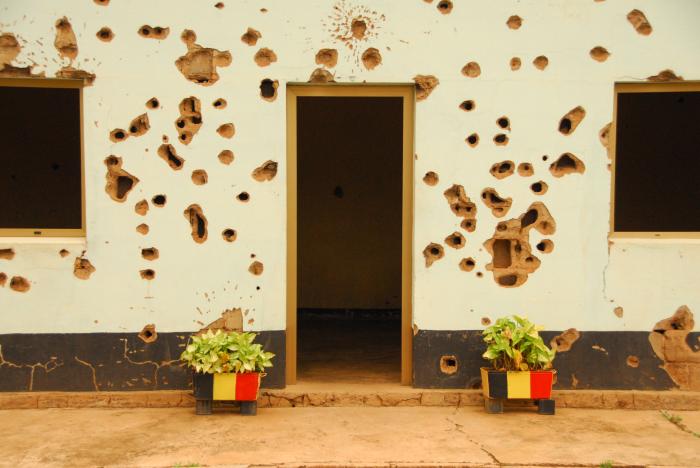 The military camp in Kigali where 10 Belgian peacekeepers were tortured and murdered at the beginning of the genocide. —US Holocaust Memorial Museum

The conflict started on April 6, 1994, when a plane carrying Rwandan President Juvenal Habyarimana, a Hutu, was shot down. Under the cover of war, Hutu extremists launched their plans to destroy the entire Tutsi civilian population. Hutu extremists distributed propaganda suggesting that all Tutsi civilians were a part of the military threat posed by the Rwandan Patriotic Front. They secretly drew up lists of Tutsi and moderate Hutu leaders to assassinate, armed and trained youth militias, and began small-scale massacres. As genocide continued in Rwanda, the United Nations cut the peacekeeping force to just 270 soldiers.