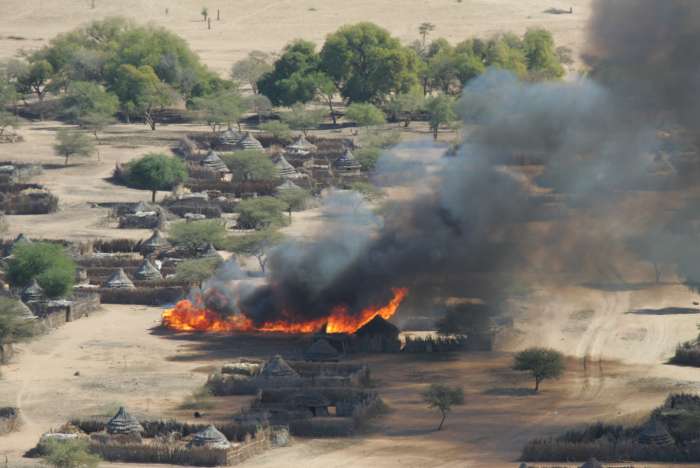 The burning of Um Ziefa in Darfur, Sudan, on December 12, 2004. —US Holocaust Memorial Museum, gift of Brian Steidle

For the first time in US government history, an ongoing crisis is referred to as “genocide” when Secretary of State Colin Powell argued that events in Darfur could be labeled as such. In his testimony before the Senate Foreign Relations Committee, Powell said, “We concluded—I concluded—that genocide has been committed in Darfur and that the Government of Sudan and the Janjaweed bear responsibility—and that genocide may still be occurring.” 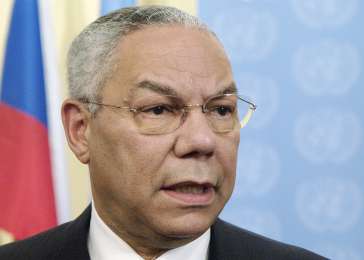