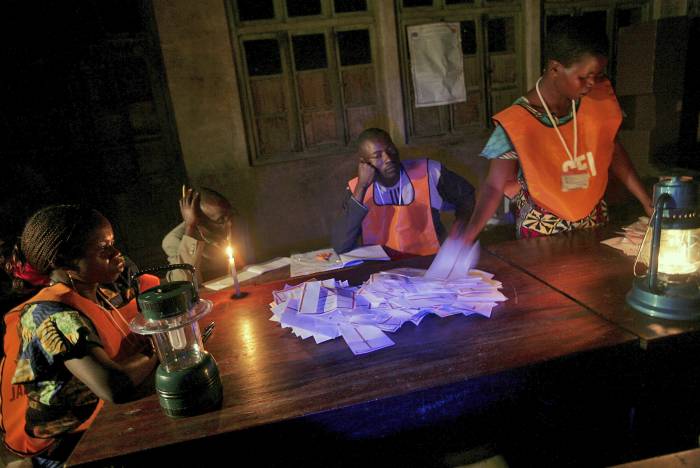 Election officers count votes late into the night after the second round of presidential and provincial elections in Bunia, Ituri, Democratic Republic of the Congo. —UN Photo

In 2006, DRC held its first multi-party general elections in over 40 years, and over 25 million citizens participated. The elections signified the end of a three-year transition period during which time the country moved from intense war to a system of power sharing between the former government, former armed forces, opposition parties, and civil society. However, national and provincial structures remain incapable of ensuring basic security for communities, providing transparent management of resources and wealth, and addressing entrenched problems of corruption, poverty, lack of development, and heightened ethnic and regional tensions.