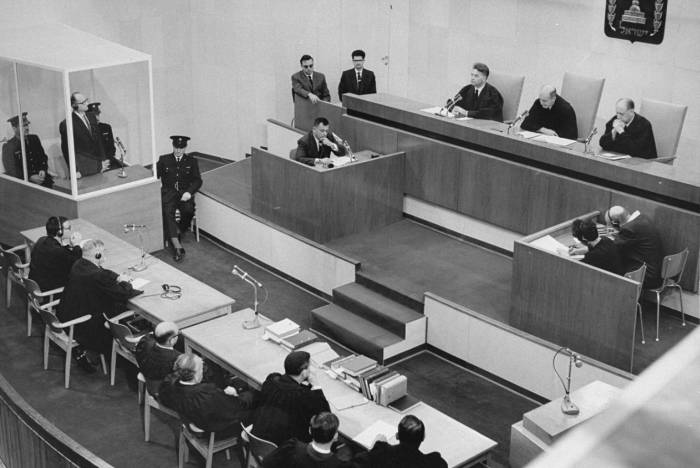 The charges against Eichmann were numerous. After the Wannsee Conference (January 1942), Eichmann coordinated deportations of Jews from Germany and elsewhere in western, southern, and northern Europe to killing centers (through his representatives Alois Brunner, Theodor Dannecker, Rolf Guenther, and Dieter Wisliceny and others in the Gestapo). Eichmann made deportation plans down to the last detail. Working with other German agencies, he determined how the property of deported Jews would be seized and made certain that his office would benefit from the confiscated assets. He also arranged for the deportation of tens of thousands of Roma (Gypsies).

Eichmann was also charged with membership in criminal organizations—the Storm Troopers (SA), Security Service (SD), and Gestapo (all of which had been declared criminal organizations at the 1946 Nuremberg Trial). As head of the Gestapo's section for Jewish affairs, Eichmann coordinated with Gestapo chief Heinrich Mueller on a plan to expel Jews from Greater Germany to Poland, which set the pattern for future deportations.

For those and other charges, Eichmann was found guilty and sentenced to death. On June 1, 1962, Eichmann was executed by hanging.