In August 1942, George Mandel began issuing thousands of Salvadoran citizenship papers to Jewish refugees in Nazi occupied Europe. Many certificates were sent to Jews who themselves took active roles in rescue and resistance operations in occupied Europe. This certificate was sent to Julien and Vivette Samuel, leaders of the Children’s Aid Society (Oeuvre de Secours aux Enfants; OSE) in France. —US Holocaust Memorial Museum Read more about this document

George Mandel (1903–1992), born Gyorgy Mandl, was a Hungarian Jewish businessman who befriended a Salvadoran diplomat, Colonel José Arturo Castellanos, in the years leading up to World War II. After Castellanos was named El Salvador’s Consul General in Geneva, he appointed Mandel, who had assumed a Spanish-sounding version of his last name, “Mantello,” to serve as the Consulate’s first secretary. Even in Nazi-occupied Europe, Jews who were citizens of or held official documents from other countries were often able to escape deportation. With the consent of Castellanos, George Mandel-Mantello used his diplomatic position to issue documents identifying thousands of European Jews as citizens of El Salvador. He sent notarized copies of these certificates into occupied Europe, in the hope of saving the holders from the Nazis. 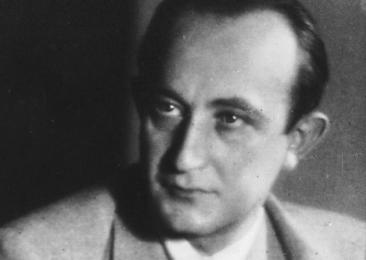