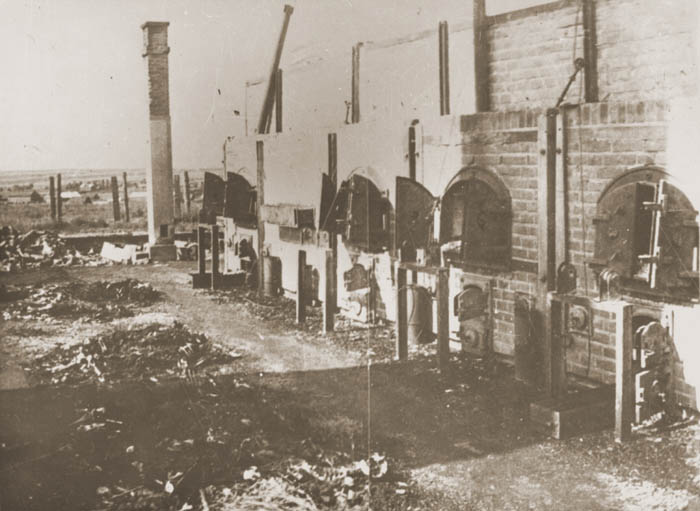 View of the crematoria ovens at Majdanek with piles of bones in front of them. This photograph was taken following the liberation of the camp. —US Holocaust Memorial Museum, courtesy of Panstwowe Muzeum na Majdanku Read more about this photograph

The SS evacuated most of the prisoners to concentration camps further west during the spring of 1944. In late July 1944, as Soviet forces approached Lublin, the remaining camp staff  hastily abandoned  Majdanek, without fully dismantling the camp. Soviet troops first arrived at Majdanek during the night of July 22–23 and captured Lublin on July 24. Captured virtually intact, Majdanek was the first major concentration camp to be liberated. Soviet officials invited journalists to inspect the camp and evidence of the horrors that had occurred there.