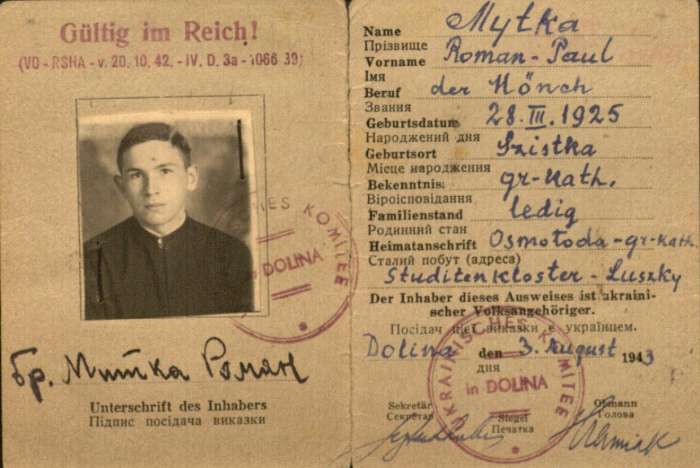 —US Holocaust Memorial Museum, courtesy of Kurt I. Lewin

Identity card issued on August 3, 1943 in the name of Roman-Paul Mytka. Kurt I. Lewin, who was Jewish, used this card while in hiding in a Ukrainian Greek Catholic monastery in German-occupied Poland (today Ukraine). Abbot Klymentii Sheptytsky helped him obtain the forged papers and found him a place in a monastery on the outskirts of Lwów (Lviv). There, a monk taught him Catholic prayers and customs. The monk also taught him Ukrainian, which Lewin did not speak.

Lewin survived the Holocaust. Abbot Sheptytsky was recognized by Yad Vashem as a Righteous Among the Nations in 1995.