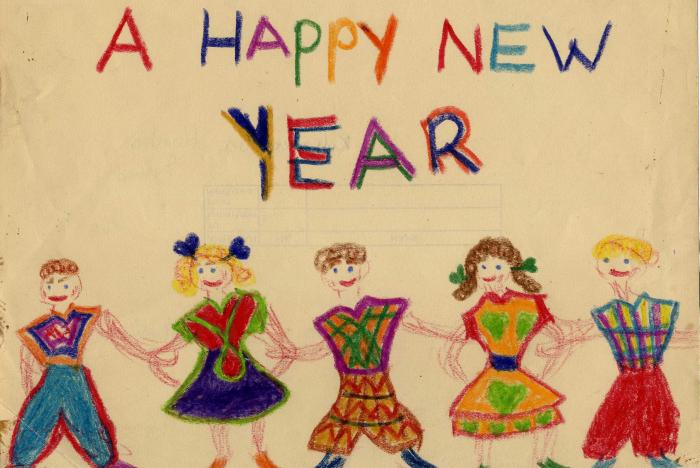 Drawing by a child survivor of the Holocaust who came under the care of Alice Goldberger at Weir Courtney. The drawing depicts five figures and includes the words "A Happy New Year." United Kingdom, postwar. —US Holocaust Memorial Museum, courtesy of Judith Sherman

On this day, Alice Goldberger, a relief worker in England (and a Holocaust refugee herself) receives some of the first child survivors coming to England from Europe.

After the Holocaust, the British government provided aid to over 700 child survivors. Several of these children came under the nurturing care of Alice Goldberger at Weir Courtney. With helpers, Alice ran a children’s home for child survivors which cared for them until the late 1950s. Hundreds of their writings and drawings–depicting happy scenes from their postwar lives–form the core of the Museum’s Alice Goldberger Collection. Learn more about Alice, her wards, and this collection in an episode of Curators’ Corner, narrated by archivist Rebecca Erbelding. 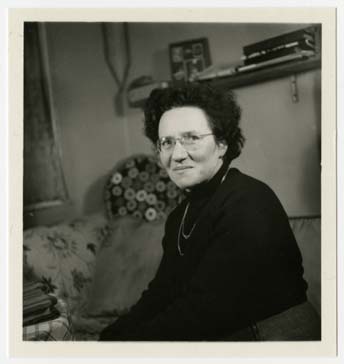