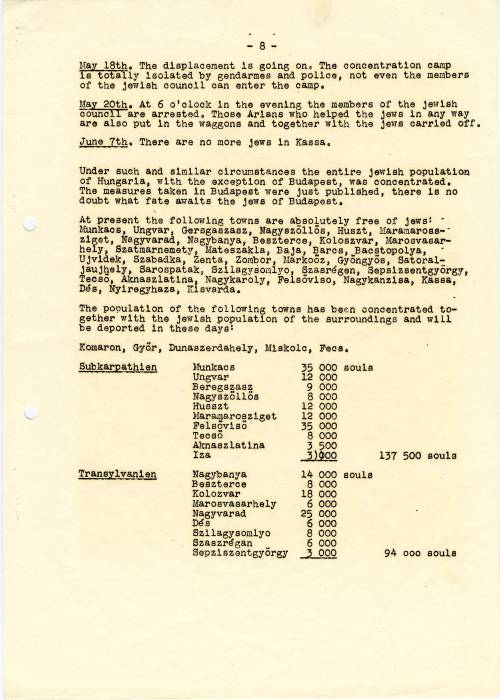 Between June 18 and 22, 1944, the Auschwitz Report, written by two Slovak Jewish prisoners who escaped from Auschwitz on April 7, 1944, and composed a report in Slovak by the end of April, goes public worldwide through media channels in Switzerland.

In April 1944, Rudolf Vrba and Alfred Wetzler escaped from Auschwitz and wrote a report providing some of the first reliable eyewitness accounts of the camp. Romanian diplomat Florian Manoliu, who was assisting George Mandel-Mantello in rescue efforts, received a copy of the Protocol and immediately gave it to Mandel-Mantello in June. Recognizing the Protocol’s importance, Mandel-Mantello recopied it, translated it, distributed it to Swiss Protestant clergy, and launched a worldwide press campaign condemning Nazi atrocities.