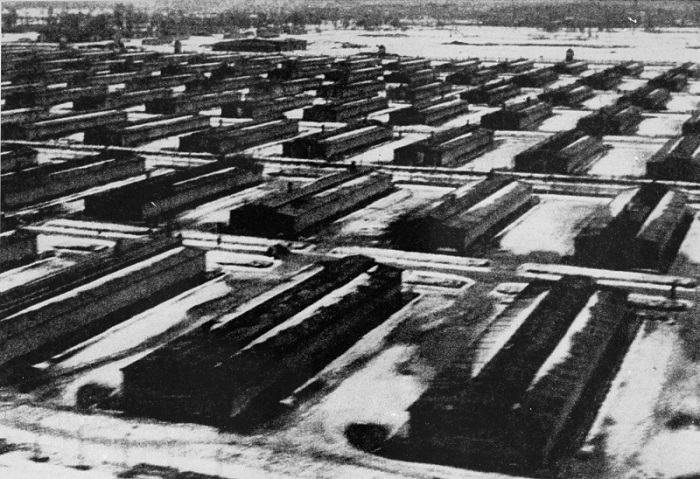 Barracks in the Auschwitz-Birkenau camp. This photograph was taken after the liberation of the camp. Auschwitz-Birkenau, Poland, after January 29, 1945. —US Holocaust Memorial Museum, courtesy of National Archives and Records Administration, College Park

The Inspectorate of Concentration Camps opens a second camp at Auschwitz, called Auschwitz-Birkenau or Auschwitz II.