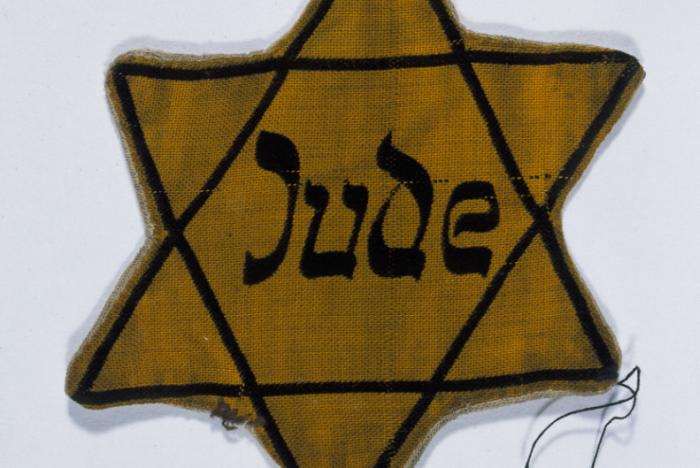 A yellow star of David marked with the German word for Jew (Jude) worn by Fritz Glueckstein. —US Holocaust Memorial Museum, courtesy of Fritz Gluckstein

Reinhard Heydrich decrees that all Jews over six years of age in the Reich, Alsace, Bohemia-Moravia and the German–annexed territory of western Poland (called the Warthegau), are to wear yellow Star of David on their outer clothing in public at all times.  The word "Jew" is to be inscribed inside the star in German or the local language.

During the Nazi era, German authorities reintroduced the Jewish badge as a key element of their larger plan to persecute and eventually to annihilate the Jewish population of Europe.  They used the badge not only to stigmatize and humiliate Jews but also to segregate them, to watch and control their movements, and to prepare for deportation.