Explosion of the SS Patria 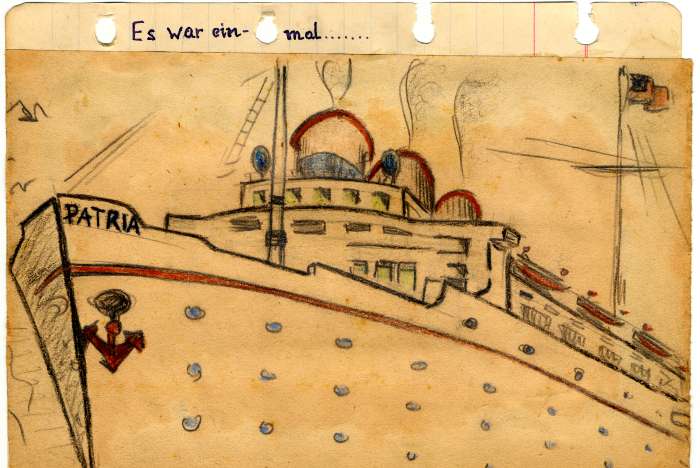 Drawing of the SS Patria, part of the illustrated diary of Egon Weiss which he compiled during and immediately after his detention in the Athlit internment camp. —US Holocaust Memorial Museum, courtesy of Egon Weiss

Twenty-year-old Egon Weiss escaped to Palestine in November 1940 and survived the explosion of the refugee ship Patria. He was interned at the Athlit detainee camp. Weiss's friend made this drawing of the ship.

While in Palestine, Weiss kept a diary describing his voyage on the Milos, the explosion of the Patria, his internment in Athlit and subsequent years in Jerusalem.