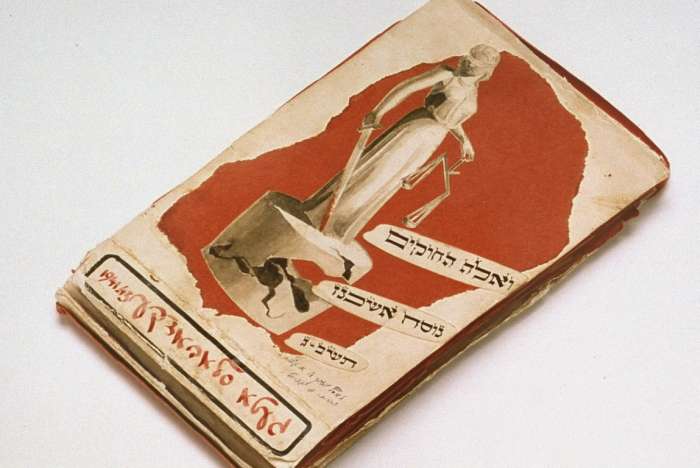 This folio contains the compilation of German orders in Kovno from July 1941 to May 1943, most of which were delivered orally. Making a play on words from the Book of Exodus 21:1, the Hebrew title on this front cover read "And These Are the Laws—German Style, 1941–1943." —US Holocaust Memorial Museum, courtesy of Yad Vashem Photo Archives

Across Nazi-occupied territory, many Jews engaged in quieter forms of resistance—acts of spiritual and intellectual defiance. Between July and August 15, 1941, the Germans concentrated the remaining Jews of Kovno, Lithuania, in a ghetto. People confined to ghettos in Kovno and elsewhere created clandestine archives to record their hopes and fears. These secret collections included diaries, artwork, photographs, and meticulous daily chronicles of life in these urban prisons. The materials serve as enduring testimony of humanity, even in the face of a system designed for degradation and murder.

Back cover of folio 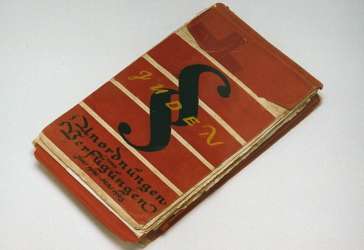